Y. ALBINSKI (b. November 7, 1909)
This was the pseudonym of Yankev Gutfraynd.  He was born in Warsaw.  He studied in religious elementary school.  He was an active Communist in Poland and Belgium where he emigrated in 1938.  There he took part in the resistance movement against the Nazis.  From 1957 he was living in Israel.  He wrote for the leftist Lebn un sholem (Life and peace) (Brussels, 1947-1952).  He also published articles in Naye prese (New press) in Paris, Yidishe kultur (Jewish culture) in New York, and Fraye yisroel (Free Israel) in Tel Aviv.  In the last of these he published a series of articles (February-August 1972).  In pamphlet form: Tsuzamen gekemft, tsuzamen gefaln, tsum ondenk fun a yidisher partizaner grupe (Fought with, fell with, to the memory of a Jewish partisan group) (Brussels, 1946), 23 pp.—a second edition appeared in Israel. 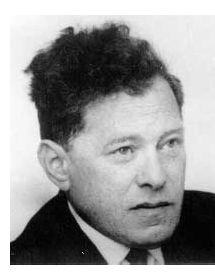