BOREKH (BARUKH) OREN (October 15, 1915-June 23, 2004)
He was born in Novi Pohost, near Vilna.  He studied in religious primary school, yeshiva, the Gluboke Jewish public school, and a Tarbut seminary in Vilna and Warsaw.  From 1941 he was living in Israel.  He worked as a teacher in various places.  He went on assignment to the displaced persons camps for survivors in Germany.  From 1948 he published sketches and stories in Hebrew-language newspapers.  He published several books in Hebrew concerning the Haganah, the pre-state Jewish paramilitary organization, Holocaust survivors, and Petaḥ Tikva.  He began writing in Yiddish for Dos vort (The word) in Munich, and he edited the bulletin Yedies (Information) and Madrekh legole (Guide for the Diaspora), both in Yiddish and in Munich.  He was also the regular art critic for Yisroel shtime (Voice of Israel) in Tel Aviv. 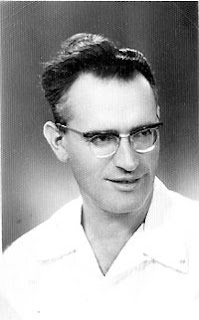