ANTONI (ARN) AYZNBOYM (EISENBAUM) (1791-1853)
Born in Warsaw into a poor family.  He studied in the well-known Warsaw Lycee.  In 1823 he turned to the authorities for permission to publish a Hebrew weekly newspaper.  Permission, as well as material support, was received, but on the condition that the Hebrew newspaper be published with a Polish translation.  Unable to do the Hebrew alone and unable to find an appropriate coworker, Ayznboym (an advocate of assimilation) decided to publish the weekly in German with the Jewish alphabet on one side and in Polish on the other.  Thus, on December 3, 1823 was published the first serial with Jewish lettering in Russia under the title Der beobakhter an der vaykhsel (The observer of the Vistula) and in Polish as Dostrzegacz Nadwiślański; it came out until September 1824, forty-four issues in all.  He later was the manager of the Jewish rabbinical institute in Warsaw. 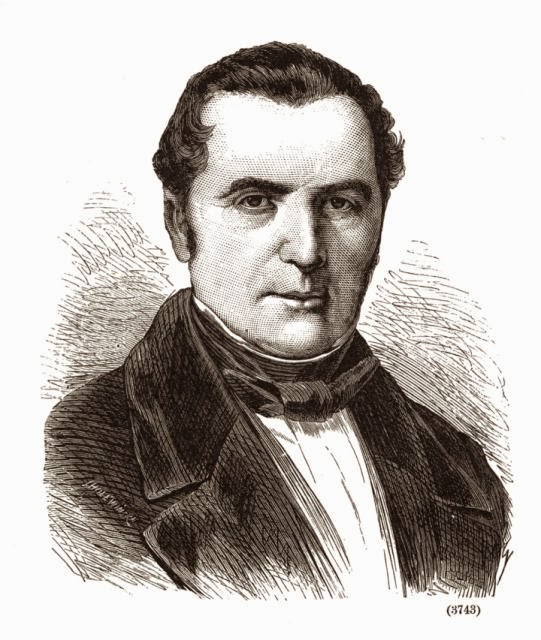