YOYSEF GILIGITSH (JOSEPH GILIGICH) (April 2, 1891-September 1, 1979)
He was born in Zhitomir, Volhynia, into a pious, scholarly home.  He received a traditional Jewish education, and after the death of his father he entered a “cheder metukan” (improved religious elementary school).  In 1918 he founded the first Jewish public school in Berdichev with Yiddish as the language of instruction.  He was later the director of a public school and an evening school in Vilna.  He also contributed as a teacher of Yiddish literature and natural science in pre-school courses, pedagogical courses, at a Jewish technicum, and in the drama studio of the arts society (all in Vilna).  In 1937 Tsisho (Central Jewish School Organization) sent him to Australia, there to carry out a fundraising tour for the Jewish schools in Poland.  He stayed in Melbourne, Australia, where he took over the post of principal of the Jewish Sunday and afternoon school that one year earlier had been founded by Melekh Ravitsh.
His first publication was a poem in a Russian humor journal (1911) in Vilna.  He placed pieces in the Russian-language newspaper Volin (Volhynia) in Zhitomir, in the children’s magazine Grininke beymelekh (Little green trees), edited by Sh. Bostomski, in Vilna, in the weekly Di oystralishe idishe nayes (Australian Jewish news), and in the journal Oyfboy (Construction) in Australia.  Among his books: Der fisher un dos goldene fishele (The fisherman and the little golden fish), based on Pushkin (Kiev: Kultur lige, 1918), 15 pp., second printing (Vilna, 1922); Dem frilings bafrayung, a fantastishe pyese in 3 aktn (Spring’s liberation, a fantasy play in three acts) (Vilna, 1923), staged in Jewish school in Poland and Latvia, and in New York under the direction of Mendel Elkin; Zoologishe khrestomatye (Zoology reader), with Sh. Hurvits-Zalkes (Warsaw, 1923); Bashtimer fun geviksn (Determining plants), on trees and bushes (Vilna, 1923); Di toyte natur (Dead nature), translated by Ulyaninski, part 1 (Vilna, 1921), part 2 (Vilna, 1922).  Giligitsh also prepared the supplement to Di oystralishe idishe nayes, known as “Far undzere kinder” (For our children), which appeared every month from 1953.
He was living in Melbourne, Australia, where he died.  In May 1957 he made a trip to South America. 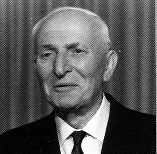