SHMUEL GLAZERMAN (March 21, 1898-September 18, 1952)
He was born in Algarrobos, a Jewish town in Buenos Aires Province, Argentina.  At the age of three he lost his father, and he was raised in the custody of his elder brother, the rabbi and ritual slaughterer of the town.  Until age fifteen he studied Jewish subject matter.  He also graduated from a state elementary school.  He then departed for Buenos Aires and there entered high school, but he left it at the fifth-year level.  He subsequently worked as a Yiddish teacher in the Borochov school in Buenos Aires, was secretary of “Agudat hamorim de’argentina” (Association of teachers in Argentina), and he was the first secretary of the “Association of Jewish Writers and Journalists in Argentina” (founded on the initiative of H. D. Nomberg).  In addition, he conducted a Yiddish radio hour in Buenos Aires.  He published in Di yidishe tsaytung (The Jewish newspaper), Naye tsayt (New times), and Idishe velt (Jewish world), among other serials, poems and a series of one-act plays, such as: “Yugend-laydn” (Suffering of youth) (1916); “Unzere kinder” (Our children) (1918); “Khmarne teg” (Gloomy days) (1922); and the three-act “Psule-erd” (Virgin earth) (1922).  That same year he published his book Yunge vegn (Young pathways) (Buenos Aires, 1922), 140 pp., which included his one-act plays: “In oyel” (In the tenting over a tomb), published earlier in Idisher kemfer (Jewish fighter) in New York; “Tsvishn koyln” (Amid the coal); “Kale-kleyder” (A bride’s clothing); and the three-act play “In shnit-tsayt” (Harvest time)—all built upon the lives of the Jewish colonies in Argentina and Jewish life in Buenos Aires, and they were performed on the local Yiddish stage.  This collection also included his lyrical poems, translations of the Argentinian writer Carlos Guido y Spano, a series of poems “Kindvayz” (In childhood), and a scene entitled “Mazikim” (Mischievous children).  This collection was published by a close circle of the author’s friends.  His drama Zisye goy (Zisye the Gentile) was staged by Samuel Goldenburg in 1930.  In 1932 his work Teater, dramatishe shriftn funem idishn lebn in argentine (Theater, dramatic writings from Jewish life in Argentina) was published in Buenos Aires, 290 pp.  He also translated from Spanish into Yiddish a series of dramatic works which were performed on the Yiddish stage, among them: Shlekht gelibte (Poorly loved) by Jacinto Benavente [original: La malquerida]; Der meshugener got (The crazy God) by Jóse Echegaray [original: El loco dios]; Af der zindiker erd (On sinning earth) by Angel Guimerá [original: Terra baixa (Lowlands)]; and Di toyte, barg arop (The dead, downhill) by Florencio Sanchez [original: Barranca abajo, Los muertos (Downhill, the dead)], among others.  He was also the editor and publisher of the children’s journals, Blimelekh (Little flowers), of which five issues appeared in 1922, and Kinderland (Children’s world), of which three issues were published in 1937.  He also composed songs and compiled for schools a geography of Israel; was a cofounder of the journal of literature and the arts, Zeglen (Sails), 1924-1925; and served as editor of the illustrated weekly Far groys un kleyn (For big and small).  In his time, Glazerman was considered the only Yiddish writer who was born and raised in Argentina.  He died in Buenos Aires. 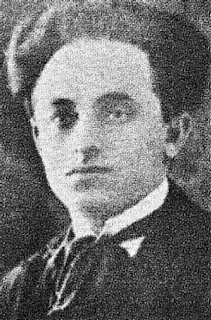