LUI (LOUIS) GILROD (September 10, 1879-March 12, 1930)
He was born in the village of Ruizana, near Ulanov, Podolia region.  He studied in religious primary school.  At age twelve he emigrated to the United States.  He was an actor and songwriter for the Yiddish theater.  He wrote such popular theatrical numbers as “Got un zayn mishpet iz gerekht” (God and His judgment are just), “Kum, yisroelikl, aheym” (Come, Yisroelikl, home), and the libretto to the operetta Dos pintele yud (The essential Jew) (New York, 1909), 18 pp.  He died in New York. 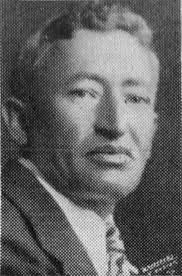