YISROEL GLATSHTEYN (1894-1942)
He was musician and writer.  In 1908 he sang as a chorister at Zandberg’s Grand Theater in Lodz.  He suffered from poverty and aspired to become a Jewish composer, to create Jewish music.  He later lived in Berlin.  He wrote musical compositions on Jewish themes and excelled in particular at children’s songs.  They were sung for many years in Jewish schools over virtually the entire world.  He was especially known and popular for the works: Marsh-lid (Marching song), Tsipele (Tsipele), Feld-arbet (Field work), and Blumen (Flowers).  His first major collection—Gezang un shpil (Song and play)—appeared in print in Warsaw in 1920: fifty songs and choral plays for children, written to the words of Moyshe Broderzon and Yitskhok Katsenelson.  These songs quickly became popular in Jewish schools throughout Europe and in the Americas.  He was the first person to compose a Yiddish opera Fatima (Fatima), text by Yitskhok Katsenelson, which Maurice Schwartz staged in New York.  He later settled in Berlin.  There he wrote important works of music on Jewish themes: Khurbn (Destruction) and Shulamis (Shulamit), which were published in New York by the publishing house of P. Kats (Metro Music Co.).  Those who knew him reported that he wrote treatises on music for the Yiddish press and periodicals.  As a Polish citizen, in 1939 he was deported from Germany.  During WWII, he remained in the Warsaw Ghetto.  He was active in the field of Jewish music, and he served as the musical director of the revived Warsaw Ghetto theater.  His name can be found on the list of those murdered in Warsaw.  Exact dates of his birth and death remain unknown. 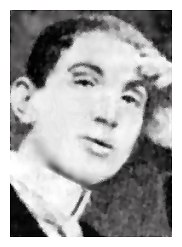