NOSN GOREN (January 6, 1887-February 28, 1956)
This was the adopted name of Nosn Grinblat.  He was born in Vidz, Kovno region (later, Vilna region), Lithuania.  His father was an itinerant teacher, a mystic, and an assistant to the Lyubavitsher rebbe.  From age six on, he was living in Kovno, and he studied in a religious primary school and in Slobodka yeshivas, also with adherents of the Musar (moral edification) movement in “Kneses yisroel” (Congregation of Israel) where, together with other yeshiva boys, he surreptitiously read Yiddish literature.  At age sixteen, he moved to Vilna, where he studied, following the system established by R. Chaim Ozer Grodzenski, in the new study hall in the synagogue courtyard, and continued self-study of worldly knowledge in the Strashun Library.  In 1904 he stood with the first Labor Zionists in Vilna.  He later switched to the Zionist socialists, moving on to found revolutionary circles in the towns and townlets of Lithuania; he was arrested and thrown in jail in Kovno, Vilna, and Dvinsk (Daugavpils) for almost two years.  After being freed, he continued his studies and as an external student sat for the examination to become a teacher.  He began writing in 1909 in Russian.  He published in Kovenskii telegraf (Kovno telegraph) stories of the life of revolutionaries and external students.  In 1910 he left for Odessa where he published stories in the Russian newspaper Odesskoie slovo (Odessa word) and in Odesskoie obozreniie (Odessa survey).  In 1911 he switched to Yiddish and Hebrew and published articles, sketches, poems, and features in the local Jewish publications: Gut morgn (Good morning), Sholem aleykhem (How do you do?), Der id (The Jew), Dos naye vort (The new word), and in Hekhberg’s Unzer lebn (Our life); Dos lebn (The life) in Warsaw; Tog (Day), edited by Shnayfal, in Vilna; and in Hebrew: Hashiloaḥ (The shiloah), Haolam (The world), Hatsfira (The siren), Hazman (The time), the anthologies Tal (Dew), Aḥdut (Unity), Kuntres (Pamphlet), Kneset (Congregation), and Olamenu (Our world).  In 1917 he published a longer story “Bagegenish” (Encounter) in the collection Untervegs (Pathways), edited by Kh. N. Bialik.  He wrote political articles for the Hebrew daily newspaper Haam (The people) and literary criticism in Hatekufa (The epoch) in Moscow.
In 1921 he returned to Lithuania.  He was a regular contributor, and for a time also editor, of the Zionist daily newspaper Di idishe shtime (The Jewish voice) in Kovno.  Over the years 1921-1922, he cofounded the weekly newspapers Hatsofe (The spectator) with Eliezer Fridman, Had lita (Echo of Lithuania) with Moyshe Cohen, and Der idishe emigrant (The Jewish emigrant) with Y. Rozenboym.  He was a member of the Jewish national council in Kovno, and he was also active in “Heḥaluts” (The pioneer) and in the Zionist socialist party.  With Sh. Fridman, he edited Unzer veg (Our way) and Di tsayt (The time), and with Moyshe Cohen Netivot (Paths).  He worked as a teacher in the Hebrew high school and in the Tarbut teachers’ seminary.  He continued his own studies and graduated from the historical philology faculty at Kovno University.  His dissertation concerned Y. L. Gordon; it appeared in Yiddish as Y. l. gordon, zayn lebn un shafn (Y. L. Gordon, his life and work) (Kovno, 1931), 79 pp.  Over the years 1933-1935, he edited in Kovno the daily newspaper Dos vort (The word).  He was a delegate to five Zionist Congresses.  In 1935 he settled in Israel in Petach Tikva, moving later to Tel Aviv.  He wrote for Davar (Word), Hapoel hatsair (Young laborer), Moznaim (Scales), Gilyonot (Sheets), Gazit (Hewn stones), and Haolam (The world).  He published six volumes of stories and three of criticism in Hebrew.  In 1947 on the occasion of his sixtieth birthday, members of the Israel press published articles and treatises concerned with his literary activities.  He was a sentimental, lyrical storyteller, of the deeply psychological and moralizing type, as befit the style at the end of the nineteenth century.  His literary essays were full of pathos and almost always positive, often even exaggeratedly so.  Always liberal and tolerant, he sought to popularize Yiddish literature among Hebrew readers in Israel.  He also wrote under the pen names: Nosn, Ben Asher, A yid, A. Tshernes, and Oyskuker, among others.  He died in Tel Aviv. 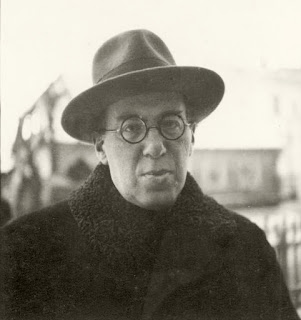