YISRAEL BARZILAI (EYZNBERG) (October 1, 1913-June 12, 1970)
He was born in Nieszawa, Poland, the son of a timber merchant.  He received a traditional education, and he graduated from a Polish high school in Vlotslavek (Włocławek).  Over the years 1932-1934, he was living in Paris.  From 1941 he was living in Palestine.  He was one of the leaders of Hashomer hatsair (The young guard).  He was a member of the executive of Kibbutz Artzi as well as other leading organization.  From September 1948, he was the Israeli ambassador to Poland.  He contributed to publications of Hashomer hatsair.  In Yiddish he published Tsum tsienistishn kongres (Toward the Zionist Congress) (Munich: Hashomer hatsair, 1947?), 28 pp. 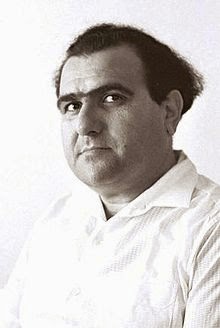