YISRAEL BAR-YEHUDA (November 15, 1895-May 4, 1965)
This was the adopted name of Yisroel Idelson.  He was born in Konotop, Ukraine.  He graduated from senior high school in Ekaterinoslav in 1909.  From 1921 he was a member of the central committee of Tseire Tsiyon (Young Zionists) in Russia.  He was arrested by the Bolsheviks in 1923, and after being freed from prison, he departed—via Lithuania—for Berlin.  From 1925 he was a delegate to the All-Zionist Congress, and from 1926 he was living in Palestine.  He worked on Kibbutz Yagur, was active in Aḥdut haavoda (Union of labor), later joined Mapai, was active in the Hagana, and was a cofounder of the Palmach.  In 1946 he was secretary of the Council of Jaffa Workers in Tel Aviv.  He served as Mapam deputy in the first Knesset.  He began writing articles on Zionist and labor issues in Bafrayung (Liberation) and other publications of Tseire Tsiyon in Russia.  He published as well in Unzer vort (Our word) in Warsaw, A vort (A word) in Kovno, Arbeter-tsaytung (Workers’ newspaper) in Paris, Nayvelt (New World), Kuntres (Booklet), Davar (Word), Hapoel hatsair (The young worker), Al hamishmar (On guard), Bemifne (At the turn), and Lemerḥav (Space), among others—all in Israel.  He also wrote under such names as Y. Idelson and Y. Id.  He died in Jerusalem. 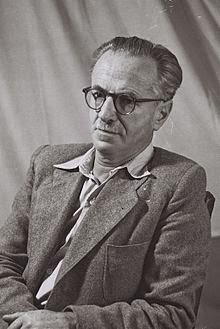