SHOLEM (SALOMON, SOLOMON) GOLDELMAN (December 5, 1885-January 3, 1974)
He was born in Soroke (Soroki), Bessarabia.  He studied in a senior high school in Kishinev, and later graduated from a commercial school in Kiev.  He was a member of the central committee of the Poale-Tsiyon party in Ukraine, and he was a member of the Jewish community’s administrative committee in Kiev and of the Jewish national association of Ukraine.  Over the years 1917-1920, he was a deputy of the Ukrainian parliament in Kiev.  In 1920 he left for Russia.  From 1922 until 1938 he was living in Czechoslovakia.  He was professor of economic science at the Ukrainian University in Prague.  He was chairman of the League for Workers’ Israel in Czechoslovakia.  From 1939 he was living in Jerusalem.  He published articles on economic issues in Yiddish in the publications of the Poale-Tsiyon and Tseire-Tsiyon (Young Zionists) in Russia, in Ukrainian, German, and finally in Hebrew in the press of the state of Israel.  He was the author of a number of books concerning Jewish economic problems in various languages.  In Yiddish: In goles bay di ukrainer (In the Diaspora with the Ukrainians), “letter from a Jewish social-democrat” (Vienna: Hamon, 1921), 144 pp.  Together with Yisrael Drakhler, he edited publications for Hamon Publishers.  [He died in Jerusalem—JAF.] 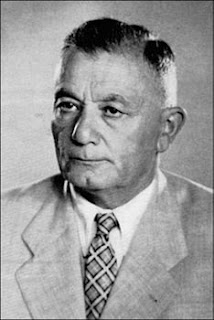