PERETS GOLDSHTEYN (1897-July 17, 1943)
He was born in Korets, near Rovno, Volhynia.  He received a traditional Jewish education.  After marrying he moved to Hoshcha where until WWII he supported himself by running a food store.  He was a Zionist leader.  When the Nazis seized his town, he suffered various troubles and had to work at various difficult labors.  He was later enslaved in a concentration camp which the Germans erected around the town.  He escaped from there and was supported by a Ukrainian peasant.  In hiding, he began to write in a diary which he dubbed Zol di velt visn (The world must know).  He inserted the pages in bottles and buried them in a field.  The accounts in which he described in a vibrant language and fine style the troubles and experiences suffered by the Jews in the towns, Rovno and Kostopol (Kostopil), were published as “Zol di velt visn,” pp. 5-113, in the volume Sefer hoshcha (Tel Aviv, 1957).  Characteristic is the author’s will in which he announces that the money from the book (he believed that it would be translated and spread in millions of copies) “is so that the world should know” and is to be used to erect a gravestone for the victims.  He was shot by the Germans, together with the last fifteen Jews in Hoshcha and nearby towns on July 17, 1943.  [N.B. An English translation appeared in 1965—JAF.] 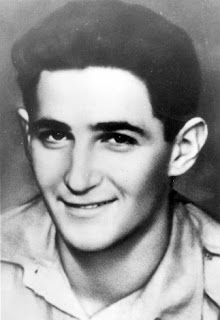