SHLOYME GANTSFRID (SHLOMO GANZFRIED) (1804-July 30, 1886)
He was born in Ungvár, Hungary, into a rabbinic family.  His grandfather, Arye-Leyb Bodek, was the first rabbi in the town.  He was orphaned on his father’s side in his youth and was raised by the scholar Tsvi Hirsh Heler (Zvi Hirsch Heller), in whose yeshiva he studied.  For a time he worked as a merchant.  After 1830 he lived in a number of cities in Hungary.  A leader among Orthodox Jews, from 1869 he was a deputy from Orthodoxy to the Hungarian Congress.  He authored a great number of rabbinic texts with Yiddish glossaries, which appeared in print from 1834 in many editions (among others, a commentary on Ḥaye adam [The life of man] by Avraham Danzig).  His main achievement was the Kitsur shulḥan arukh (Shorter set table) in Hebrew-Aramaic and Yiddish (Hungary, 1864), 140 pp., which appeared in numerous editions (the twelfth printing came out in New York in 1928).  He was also the author of a Hebrew grammar, Lashon hazahav (The language of gold) and of a commentary on the Zohar which remains in manuscript in Hungary. 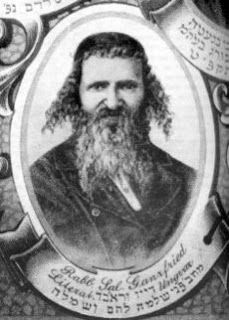