MOSES GASTER (September 17, 1856-March 4, 1939)
He was born in Bucharest, into a family of some importance (his father was secretary to the Dutch consul).  He received a religious and secular education.  He graduated from a secular high school and lycée in the city of his birth, continued his studies in the university in Breslau (Germany) from which (in 1876) he received his doctorate of philosophy, for a work which revolutionized the study of the Romanian language (Romanian philology and folklore were the main disciplines in his research).  Just after this, he proceeded to study at the Breslau Jewish theological seminary, and he received his rabbinical diploma in 1881.  He then returned to Bucharest, where he became a lecturer in Romanian history and literature in the local university.  In 1883 his book Literatura populară Română (Popular Romanian literature) appeared in print, and in 1890 his Chrestomatie Română (Romanian reader) did as well—two volumes which were to be accorded classic status in Romanian literature.  Irrespective of the great honor bestowed on Romania, in 1885 he was deported from the country because of his energetic struggle for the rights of Jews there.  Dr. Gaster left for England, where he became a lecturer in Slavic literature at Oxford, and in 1887 he took over the position of head rabbi (Ḥakham) of the Sephardic community in London.  Several years later, the Romanian government requested he return to his homeland, but he did not accept the invitation and remained in England.  In his youth he belonged to the “Lovers of Zion” group of early Zionists.  In the first years of political Zionism (until the Uganda project), he was the founder and leader of the Zionist Federation in England and a delegate to Zionist congresses.  He helped to found the colonies of “Zikhron Yaakov” and “Rosh Pina” in the Land of Israel; he was subsequently disappointed in the idea of a Jewish state in Palestine, but, at the time of the Balfour Declaration in 1917, he demonstrated sympathy for this idea.
Dr. Gaster was a student and a colleague of Professor Graetz.  He had a profound, scholarly interest in various branches of Jewish learning, especially the realm of Jewish folklore, concerning which he published works and articles in various languages: in the English Jewish Encyclopedia, the German Monatsschrift (Monthly writings) and Rumänisch-jüdisches jahrbuch (Romanian Jewish annual), and the like.  In his own rich library (of 40,000 volumes), he possessed rare collections of Yiddish Tkhines (prayers for women), some 400 in all.  He was also a co-founder and a long-time colleague of the YIVO in Vilna, and a great friend of Yiddish and Yiddish research.  A rare linguist in general, he was also knowledgeable and an interpreter of various Jewish lects, Ladino among them.  He translated into Romanian the Siddur (Prayer book) and a large portion of the High Holiday prayers.  In Yiddish he published: “Der mogen-dovid” (The star of David), Milgroym (Pomegranate) 3 (Berlin, 1922); “Peysekh” (Passover), Dos idishe lebn (The Jewish life) 2 (London), edited by Morris Mayer; “Yidishe mayselekh” (Yiddish stories), Yivo-bleter (Pages from YIVO) 1 (Vilna, 1931); Di ksube un ir geshikhtlekhe antviklung (The marriage contract and its historical development), translated into Yiddish by Dr. Refuel Zeligman (Berlin, 1923), 53 pp., with eight pictures, some in color.  Three of Dr. Gaster’s English-language books were dedicated to the Mayse-bukh (Story book).  To honor his seventy-fifth birthday, an anthology entitled Occident and Orient (London, 1936) was published.  He died in England. 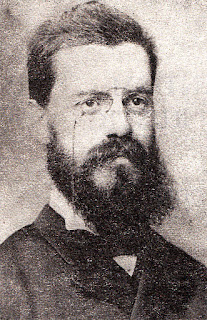