S. BEN-TSIYON (December 7, 1870-June 2, 1932)
The adopted name of Simkhe-Alter Gutman (Simḥa-Alter Gutmann), he was born in Teleneshty (Teleneşti), Bessarabia [present-day Moldova].  He attended religious elementary school, and at age seventeen he married and became a shopkeeper.  In 1899 he became a teacher in a “cheder metukan” (improved religious elementary school) in Odessa.  He was one of the first in Russia to start using the method of teaching Hebrew in Hebrew.  In 1905 he was living in Palestine, working as a teacher in Jaffa.  He was one of the founders of Tel Aviv and a member of its communal organization; for a time he was a representative on the city council.  He was an active leader of various Zionist agencies, first and foremost being the Academy of the Hebrew Language.  In 1922 he went to Germany as a representative of the publishing house of Devir.  He returned to Israel in 1924.  He first published in Y. L. Peretz’s Yudishe bibyotek (Yiddish library), vol. 2, with a story.  He later published in Yud (Jew), among others, a longer historical story entitled “Yehudis” (Judith).  Under the influence of the Odessa group known as “Ḥoveve sfat ever” (Lovers of the Hebrew language), he switched to writing in Hebrew and went on to publish stories, poems, and articles in Hatsfira (The siren), Hamelits (The advocate), Luaḥ aḥiasef, and Hashiloaḥ (The shiloah), among other periodicals.  He served on the editorial board of a series of Hebrew anthologies and journals, such as: Moledet (Homeland) and Hashomer (The guardian); and of Yiddish publications: Palestiner hashomer (Palestinian Hashomer) (New York, 1925).  He translated into Hebrew Schiller’s Wilhelm Tell and a volume of poetry by Heinrich Heine.  He authored short books for children, such as Nes-tsiyona (Zionist miracle) and Gedera (Corral), as well as a longer work concerning the city of Tel Aviv and a pamphlet in Yiddish: Di biluim (The Biluim [Russian Jews who immigrated to Palestine from 1882]), published by “Vaad hapoel fun der histadrut” (Zionist General Council of Histadrut) (Tel Aviv, 1947), 90 pp.  He published also under the names: S. Tsiyonzon and Simkhe-Alter Gutman. 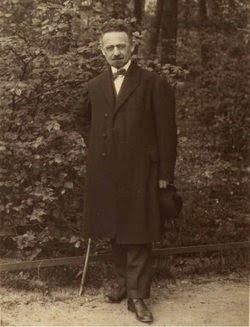