H. BINYAMIN (b. 1928)
This was a pen name used by Benjamin Hruszowski [Harshav], who was born in Russia.  With the repatriation of Polish Jews from Soviet Russia in 1946, he arrived in Poland.  For a time he lived on a Dror kibbutz, and later he came with an illegal aliya through Czechoslovakia to Germany.  In 1948 he made aliya to Israel.  He began publishing in the Yiddish press of the survivors in Germany: Af der vokh (The weekly), Der morgn (The morning), and Bafrayung (Liberation), among others.  In Israel he published in Nayvelt (New world), Goldene keyt (Golden chain), and elsewhere.  He was a member of the Yung-yisroel (Young Israel) group.  Among his books: Shtoybn (Dust), poems published in the Dror Center in Germany (Munich, 1948), 61 pp.  He also wrote a longer study in English: “On Free Rhythms in Modern Yiddish Poetry,” in The Field of Yiddish, vol. 1 (New York, 1954), pp. 219-66.  He was an assistant professor for Hebrew and Yiddish at the Hebrew University in Jerusalem.

[N.b. Harshav is a major scholar of Yiddish language and literature, professor emeritus from Yale University, and the author of many important studies in these fields—JAF.] 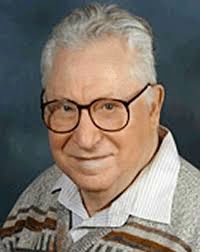