RAIKIN BEN-ARI (July 15, 1897-January 2, 1962)
This was the pseudonym of Khayim-Zev Reykin.  He was born in the town of Stepenitz, Kiev region, to well-to-do parents.  He attended religious primary school, yeshiva, the Kiev Polytechnic School, and the theater-studio of the Moscow Art Theatre.  He was an actor in Habima [Hebrew-language theater company in Russia].  Until 1926 he was living in Soviet Russia, later in the United States where he was active as a director in New York.  He lectured on drama at Brandeis Institute in California.  He began publishing articles on theatrical matters and theater reviews in Tog (Day) in New York.  He also contributed to Tsukunft (Future), Hadoar (The mail), Tealit (Theater and literature), Yidishe kultur (Jewish culture), and Morgn-zhurnal (Morning journal)—all in New York; Yidishe tsaytung (Jewish newspaper) in Philadelphia; and Literarishe bleter (Literary pages) in Warsaw; among others.  He was the author of several one-act plays which were staged in New York, Montreal, and other cities, and of the book, Habima (Chicago: L. M. Stein, 1937), 354 pp. (a second printing appeared in 1944).  It was awarded a prize by the World Jewish Congress (Paris, 1937). 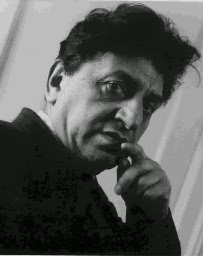