KHAYIM-MORTKHE BEN-AMI (MORDEKHAI BEN-AMMI) (August 3, 1854-March 11, 1932)
He was born Khayim-Mortkhe Rabinovitsh in the town of Virkuvke, Podolia, into a Hassidic family that descended from R. Yekhiel-Mikhl of Zlotshev and from R. Nakhman Braslaver.  At age four he was left an orphan when his father died, and he was raised in an orphanage and moved from place to place.  At age ten he arrived at a Talmud-Torah (an elementary school for poorer children) in Odessa, and at age fifteen he entered high school.  He later studied medicine and philology.  In 1881 he published in Razsviet (Dawn) [in Russian] an article concerned with special textbooks for Russian-Jewish schools.  That same year, he organized together with other students a Jewish self-defense group, was a co-founder of “Am Olam” (Eternal people) [a group aiming at establishing agricultural colonies in the United States] in Odessa (1881-1882), traveled on assignment for the group to Vienna and Brody, lived in Paris (1882-1885) and from there wrote correspondence pieces for Voskhod (Sunrise), and became a “lover of Zion” (ḥovev tsiyon, an early Zionist movement) in 1886.  Over the years 1890-1905, he was a member of the Odessa Ḥovev tsiyon committee; 1902-1923, he lived in Geneva, Switzerland, and from 1923 he was in Palestine.  Ben-Ami published stories and essays in Russian Jewish periodicals and for a time worked with others, while living overseas, on the radical organ of M. P. Dargomanov, Vol’noe slovo (Free word), while declining other cooperative working arrangements because of the stance of the editorial board of Vol’noe slovo toward the pogroms in Russia.  In the late 1880s he started writing in Yiddish.  He published a series of sketches entitled “Di kinder-yorn” (Childhood years) which appeared in Sholem Aleykhem’s Yudishe biblyotek (Yiddish library) in 1888; and later he wrote for Yud (Jew), Fraynd (Friend), Tsukunft (Future), in Pinkes (Record) under the editorship of Shmuel Niger (Vilna, 1913), and memoirs concerning Mendele (in Hebrew as well) under the title “Reb mendele shebal pe” (Mr. Mendele orally) for the journal Hatekufa (The epoch) in 1924.  Among his books (in Hebrew): Kovets sipurim (Collections of stories) (1914); Sipurim lenaare yisrael (Stories for the youth of Israel) (Tel Aviv, 1933); Anshe dorenu (People of our time) (1932).  Books (in Yiddish): Rozhinkes mit mandlen (Raisins with almonds) (New York, 1904), 24 pp.; Ershte nakht fun khanike (The first night of Hanukkah) (Odessa, 1893), 40 pp.; Fayvl der groyser un fayvl der kleyner (Big Fayvl and little Fayvl) (New York, 1918), 25 pp.  His pseudonyms included Reysh-geluse (Exilarch).  He died and was buried in Tel Aviv. 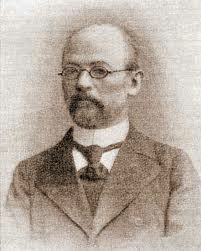