M. GERSHOY (October 1864-September 2, 1937)
This was the adopted name of Moyshe Gershoyg, born in Ekaterinoslav, Ukraine.  He was the son of a dry goods storekeeper.  He studied in religious primary schools and secular subjects in public schools.  He was an external student and made a living by giving private lessons.  Under the influence of Yankev Gordin’s “Spiritual Biblical Brotherhood,” he took up a trade and worked as a carpenter.  In 1893 he was exiled for socialist propaganda among the peasantry.  As a teacher, he wrote in Russian a play entitled Khanuka (Chanukah) and staged it with school children.  Due to police persecutions in 1903, he emigrated to the United States, and in New York he befriended Yankev Gordin.  He was a peddler and worked with carpentry.  It was in New York that he mastered Yiddish and in 1904 published stories in the New York Yiddish press and in Fraye arbeter shtinme (Free voice of labor) a one-act play entitled Nit in tsayt (Not in time).  He penned a number of dramas for the Yiddish stage: In vald, oder olia di kretshmerke (In the woods, or Olya the innkeeper); Di sheyne yudin (The lovely Jews); Di kinder fun yankev (Yankev’s children); Vegn tsum lebn (Ways to live); Der kranker gevisn (The sick conscience); Der farshpetikter friling (Late spring); and A muter, a korbn (A mother, a victim).  Under the pseudonym “A groiner fun karatshekrak” (A neophyte from Karatshekrak), he published essays on theater in Yankev Gordin’s monthly Di dramatishe velt (The dramatic world).  He was a cofounder and secretary of the Yanken Gordin Society.  A versatile and talented person, he also took up sculpture and painting—in addition to a factory for work clothing.  He was an active leader in the American branch of YIVO.  He participated in the work of the Sholem-Aleykhem schools, and he a member of the executive of the New York cultural society.  He died in New York. 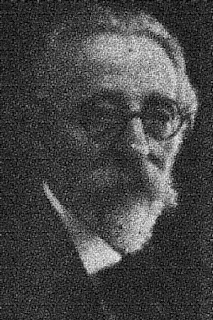