HENRYK GROSSMAN (KHASKL GROSMAN) (April 14, 1881-November 24, 1950)
He was one of founders and theoreticians of the Jewish Social Democratic Party of Galicia, a statistician, economist, sociologist, and Marxist theorist.  He came from an assimilated family in Cracow.  He was a doctor of jurisprudence from Cracow University.  He led a steady struggle for Jewish autonomous corporate status in the Polish Social Democratic Party.  Not knowing its impact, the disgruntled elements decided to split the party.  Grossman’s pamphlet Proletaryat wobec kwestyi żydowskiej (The proletariat on the Jewish question), as well as his eight-page proclamation (in Yiddish and Polish) Vos viln mir (What we want), were the two documents that were made public (in May 1905) and gave a theoretical basis to the break with the Polish Social Democratic Party.  Grossman later became the leading spirit of the Jewish Socialist Party which was dubbed the “Galician Bund.”  In connection with the effort to gain recognition from the party congress of the Austrian social democrats for this new party, Grossman, who was one of the three delegates of the Jewish Socialist Party to the general party congress, wrote a broadsheet entitled “Turning to the Social Democrats in Austria.”  In 1907 he composed another, longer pamphlet, Der Bundizm in Galitsien (Bundism in Galicia), in honor of the tenth anniversary of the Bund in Russian.  From the founding of the Jewish Socialist Party, he was a member of the central committee of the party and an important contributor to Der sotsyal-demokrat (The social democrat), the leading organ of the party (published initially in Lemberg and from October 1905 in Cracow).  For a time he held editorial responsibility for the newspaper.  He was also the author of the pamphlet Der tsienizm (Zionism) (Lemberg, 32 pp.).  In 1908 he settled in Vienna and withdrew from Jewish life generally.
With the emergence of an independent Poland, for a brief period of time he led the Polish state statistical bureau (1919).  In 1933, on the eve of Hitler’s taking power, he was a member of the Institute for Social Research in Frankfurt, Germany.  He was politically affiliated with the Communists.  After Hitler took power, he moved to Paris.  After the Nazi invasion of France he departed for the United States where he became involved with scholarly work at Columbia University in New York.  He returned to Europe after WWII and settled in East Germany, and he was head of the economic planning institute at Leipzig University.  He died in Leipzig.  Grossman wrote two important works which were connected to Jewish history: Österreichs Handelspolitik mit Bezug auf Galizien in der Reformperiode 1772-1790 (Austrian trade policy with regard to Galicia in the reform era, 1772-1790) (Vienna, 1914), 510 pp.; and Struktura społeczna i gospodarcza Księstwa Warszawskiego, na podstawie spisów ludności, 1808-1810 (The social and economic structure of the Duchy of Warsaw, based on censuses, 1808-1810) (Warsaw, 1925), 108 pp.  His principal work which made his name in the scholarly world was Das Akkumulations- und Zusammenbruchsgesetz des kapitalistischen Systems (The law of accumulation and breakdown of the capitalist system) (Leipzig, 1929), 628 pp.  His works were published in many languages.  It has not been firmly established if Dr. Grossman wrote Yiddish himself. 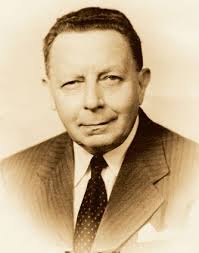