YITSKHOK REFUEL VERFEL (YITZHAK RAFAEL WERFEL) (June 26, 1914-August 3, 1999)
He was born in Sosev, eastern Galicia, into a well-to-do family.  He studied in religious primary school, in a yeshiva, and in a high school.  He was a cofounder of the religious Zionist youth movement “Bnei Akiva” and of “Tora veavoda” (Torah and labor) in Poland, of which he assumed the position of general secretary.  He traveled around giving speeches to the Jewish population centers in the world.  From 1935 he was living in Israel, where he continued his education and graduated from Hebrew University in Jerusalem.  For a time he worked as a teacher and took up leading positions in the Jewish community.  He represented the Mizrachi party in Vaad Haleumi (Zionist National Council).  He was a Knesset deputy, a member of Vaad Hapoel (Zionist General Council) of the Mizrachi World Association, a representative of “Hapoel hamizraḥi” (Mizrachi workers [religious labor party]), and a member of the Jewish Agency, among other such posts.  He was the director of the Rabbi Kook Institute and editor of many of its publications.  He began his writing activities in the Yiddish and Hebrew publications of the “Tora veavoda” movement in Poland.  He contributed to: Hamizraḥi (The Mizrachi), Dos idishe lebn (Jewish life), and Mizrakhi-veg (The way of Mizrachi)—in Poland; Unzer veg (Our way) in Paris; and in the Yiddish and Hebrew Mizrachi press in a number of different countries.  He also placed work in Hatsofe (The spectator), Sinai (Sinai), and in publications of Mizrachi in Israel.  He was the author of: Toldot hakehila haashkenazit beerets-yisrael (History of the Ashkenazi community in Israel) (Jerusalem: Mossad Harav Kook, 1939), 48 pp.; Haḥasidut veerets-yisrael (Hassidism in Israel) (Jerusalem, 1940), 163 pp., enlarged edition (Jerusalem, 1957), 564 pp.; Mimaynot hafolklor haḥasidi (From the sources of Hassidic folklore) (Jerusalem, 1946), 84 pp., translated into Yiddish by R. Rubinshteyn as Di kvaln fun khsidishn folklor (The sources of Hassidic folklore), with a preface by Yisroel Efroykin (Paris, 1949), 158 pp.; Rishonim veaḥaronim (The early and the later rabbis) (Tel Aviv, 1957), 427 pp.  He edited the periodical publications: Bamishor (In righteousness), Areshet (Expression), and Emuna (Faith); of the four-volume Entsiklopediya shel hatsiyonut hadatit (Encyclopedia of religious Zionism), vol. 1, alef-gimel (Jerusalem, 1958), 670 pp. and 145 pp.; coeditor of the journal Sinai in Jerusalem and (with Naftali Ben-Menaḥem) the yearbook dedicated to Jewish booklore, Areshet (Jerusalem, 1949).  He often took Rafael as his surname.  He died in Israel. 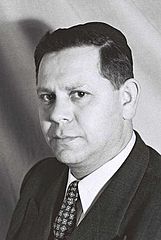