MAKS VEBER (MAX WEBER) (April 18, 1881-October 4, 1961)
He was born in Bialystok, Russian Poland.  He moved to the United States in his youth.  He studied painting in Paris.  He was an expressionist painter, poet, and essayist.  He published articles on the modernist strain in art in English-language journals.  In Yiddish he published essays and poetry in the anthologies Shriftn (Writings) (New York) 6 and 7 (March 1956).  He had an exhibition at the Jewish Museum in New York.  He also had exhibitions at general museums, the most recent of which was at the Newark Museum in October 1959. 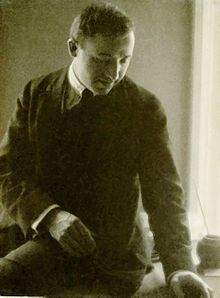