SHAKHNE-FROYM ZAGAN (1890/1891-1942/1943)
He was born in Cracow.  His father was a follower of the Jewish Enlightenment and wished that his sons would pursue their studies, but Shakhne at age thirteen left school to work in a furrier’s workshop.  As an energetic and vivacious young man, he joined the Labor Zionist youth movement, and within two or three years he was playing a leading role in it.  Over the period 1908-1909, to be sure, he turned to his studies and prepared to sit for the examinations and then enter senior high school, but the propaganda movement for the submission of Yiddish as a mother tongue among the Jews of Austria-Hungary during the census of 1910 pried him loose once again from studying, and he became a traveling propagandist through the Jewish communities of western Galicia.  From that point forward—aside from a short time when he was a student auditor at the Cracow People’s University named for Adam Mickiewicz—he spent his entire life together with his party.  In 1911 he was selected onto the central committee of the Labor Zionist youth association, and he began writing for Di yudishe arbayter-yugend (Jewish working youth).  In 1913 he became chairman of the committee of the Labor Zionists in Cracow.  He spent 1914-1917 at the Russo-Austrian war front and as a Russian prisoner of war.  After the Russian Revolution of March 1917, he worked in the Odessa Labor Zionist organization and wrote for the local Yiddish daily newspaper Unzer lebn (Our life), published by the Labor Zionists in Ukraine.  He left Russia in 1919, spent a short time in Vienna, then moved on to Poland, worked initially with the western Galician district committee and later (1920) with central committee of the Party, served as a delegate to the fifth world congress of the Labor Zionists in Vienna, and joined the association’s main office (with Nir-Rafalkes, Khanin, and others).  At the end of 1921 he moved to Warsaw, worked for the publishing house “Arbeter-heym” (Workers’ home) and at the center of Jewish artisanal employees, and from that point he worked for the Labor Zionist Party, taking part in all of its international conferences, linking up with its left wing, and later representing the Left Labor Zionists on the Greater Zionist Action Committee.  He also contributed to the stewardship of the secular Yiddish schools in Poland and was a member—later, vice-chairman—of Tsisho (Central Jewish School Organization).  In the 1930s he contributed to the left Labor Zionist weekly: Arbayter-tsaytung (Workers’ newspaper), from 1935 to 1939 (with two brief interruptions) as editor-in-chief.
When the Nazis seized Warsaw in 1939, Zagan remained in the city to work for the Party.  He helped manage the escape work among the victims, contributed to organizing the Joint Distribution Committee’s “kitchens” for the Jewish population, forged an illegal association with the Polish Socialist Party, with Sonye Novogrudski led the secular Yiddish school curriculum in the Warsaw Ghetto, remained an active leader of the Jewish Cultural Organization, was a member of the Jewish National Committee in the ghetto, was a leader in the Workers’ Council which called for armed uprising in 1942, edited (with Yoysef Levartovski, Yoysef Sak, and others) the illegal publication Der ruf (The Call), and was also one of the creators of the Jewish Anti-Fascist Bloc in the ghetto.  During the Great Aktion in the Warsaw Ghetto, the Nazis in early August 1942 deported Zagan with his wife and two children to Treblinka where they were all murdered.  His death became known in June 1943. 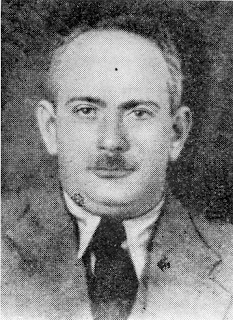