RASHEL VEPRINSKI (ROSHELLE WEPRINSKY) (April 18, 1895-July 1, 1981)
She was born in the town of Ivankov, not far from Kiev, Ukraine.  Her father Yudl descended from a well-to-do merchant family, but he alone was impoverished and his family lived in a state of want.  Rashel Veprinski studied for two years in a religious elementary school, later living with her parents in Kiev and attending a Russian Jewish school and studying privately.  After her father’s death, she and her mother and the other children moved (1907) to the United States.  In New York, she was compelled at age thirteen to work in a sweatshop.  She later attended evening school, and she read the American Yiddish writers and poets, among whom Morris Rozenfeld left a strong impression on her.  At age fifteen she began to write on her own.  She debuted in print in 1918 with a poem in Di naye velt (The new world), and from that point she published poetry and stories in: Shriftn (Writings), Fraye arbeter shtime (Free voice of labor), Dos naye lebn (The new life), Inzikh (Introspective), Tsukunft (Future), Frayhayt (Freedom), and Forverts (Forward), among others—in New York.  From 1954 she published a series in Forverts of semi-fictional biographies of Karl Marx, Lassalle, Heinrich Heine, Russell, Isadora Duncan, Tchaikovsky, Gogol, and others.  Among her books: Ruf fun foygl (Call of the bird), poetry (New York, 1926), 60 pp.; Di palitre, lider (The palette, poetry) (Tel Aviv: Perets Publ., 1964), 125 pp.; Dos kreytsn fun di hent, oytobyografishe roman (The crossing of the hands, autobiographical novel) (Tel Aviv, 1971), 254 pp.; Tsum eyntsikn shtern (To the single star) (Tel Aviv, Perets Publ., 1971), 62 pp.; Nakhtfayern (Night fires) (Tel Aviv, Perets Publ., 1978), 56 pp.; Lider (Poems) (Tel Aviv: Perets Publ., 1964), 42 pp.  In the 1920s she became the wife of the poet Mani Leyb, and after his death in 1953 she put together his literary heritage spread over magazines and newspapers.  She was the principal contributor to the compilation of two volumes, Lider un baladn (Peoms and ballads) by Mani Leyb (New York, 1955).  She was involved in the trade union movement and for a time a member of the executive of the International Ladies’ Garment Workers’ Union.  In 1958 she visited Israel.  She was living until her death in Rockaway, New York. 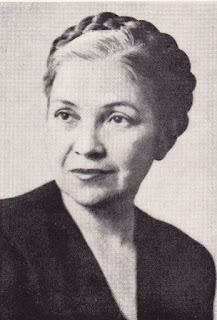