MAKS VEKSLER (MAX WEXLER, WECHSLER) (November 4, 1870-May 14, 1917)
He was born in Jassy (Iași), Romania.  He studied in religious primary school, later in secular Romanian schools.  He was one of the first Jewish socialists in Romania who were freed from the assimilationist attitude and understood that “our propaganda among Jews must be built on an ethnic tactic,” and he raised the question in the Romanian socialist press of creating special clubs for Jewish laborers.  With his participation in 1896 the first socialist newspaper in Yiddish was founded in Romania, the weekly Der veker (The alarm), published by a social democratic group Lumina in Jassy, with Dr. Gelehrter and Dr. Stanka as contributors and Z.-Sh.-Y. Helman as the paid editor.  At the same time, Veksler published a Romanian biweekly Lumina (Light), dedicated to the Jewish question.  Both in his Yiddish articles and in his Romanian ones, he demonstrated a great erudition for social and political problems.  His articles in Der veker were composed in a popular Yiddish style, though this serial did not enjoy a long life, because the socialist movement at the time did not accord it proper recognition.  Der veker was revived, 1915-1916, as a biweekly publication of the Jewish socialist group “Der veker,” and Veksler served as its editor.  He signed his articles with initials, as well as with the pseudonym “Yoysef.”  In 1916 when Romania entered WWI, he was mobilized.  In 1918 people were told that he had been killed at the front, but after the war the radical press discovered that a Romanian officer had shot him. 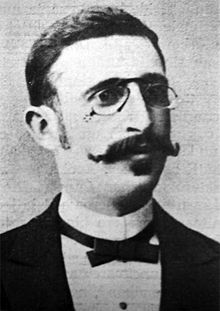