DAVID VARDI (July 1893-August 9, 1973)
David Vardi was his Hebraized name of Dovid Rozenfeld.  He was born in Volotshisk (Volochysk), Volhynia, Ukraine.  He moved to Israel in 1910, where he graduated from a Hebrew high school in Tel Aviv and became a Hebrew actor.  He returned home in 1912.  During WWI he was in Odessa for a time, and then moved to Moscow where he was in 1917 one of the founders and stage actor of Habima.  In 1924 he moved to the United States, and there with his wife Yoyelis, he gave lessons, performed imitations, and gave theatrical performances in Hebrew and in Yiddish.  In 1933 he departed with a tour through Europe and South Africa, and in 1935 he decided to return to Habima in Tel Aviv.  In 1948 he made a tour with Habima to the United States.  He played in New York, 1959-1960, in the English-language play by Paddy Chayefsky, The Tenth Man.  He published feature pieces, travel narratives, and articles on theatrical issues in: Unzer lebn (Our life) in Odessa; Unzer veg (Our way) in Riga; Afrikaner idishe tsaytung (African Jewish newspaper) in Johannesburg; Idishe shtime (Jewish voice) in Kovno; and Davar (Word), Haarets (The land), Doar hayom (Today’s mail), Haolam (The world), Haboker (This morning), Moznaim (Scales), Hapoel hatsair (Young worker), Sikot (Clips), and Measef hasofrim (Organ of scribes)—in Tel Aviv.  He was last preparing a second part of his Bederekh hilukhi (On the way forward)—a diary that he kept in Hebrew and in Yiddish from 1915 (he published the first part in 1947 in Hebrew).  He died in Tel Aviv. 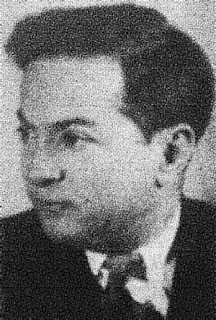