SORE (SARAH HAMMER) JACKLIN (December 17, 1905-October 30, 1975)
She was born in Noworadomska, Poland.  In 1914 she moved with her parents to Canada.  She studied in a secular school in Toronto and Jewish subjects with a private tutor.  From an early age she was captivated by a desire to act in Yiddish theater.  She had already begun at age sixteen to perform on the Yiddish stage, and she traveled with a troupe across the United States and Canada.  At that time she also began to write, and in 1934 she published for the first time, a story serialized in several parts in Tog (Day) in New York, entitled “A shap-meydl” (A sweatshop girl).  Thereafter she published her stories in: Tsukunft (Future), Idisher kemfer (Jewish fighter), Tog, Forverts (Forward), Amerikaner (American), Vayter (Further), Kinder-zhurnal (Children’s journal), and Nyu-yorker vokhnblat (New York weekly newspaper), all in New York; Yidishe tsaytung (Jewish newspaper) and Shpigl (Mirror) in Buenos Aires; Keneder odler in Montreal; Der veg (The way) in Mexico City; Idishe zhurnal (Jewish journal) in Toronto; and elsewhere.  Among her books: Lebns un geshtaltn, dertseylungen (Lives and likenesses, stories) (New York, 1946), 320 pp.; Shtamen un tsvaygn (Trunks and branches) (New York, 1954), 224 pp.  “Sarah Jacklin-Hammer sets a piquant tenor,” noted Sh. Rozhanski, “but not glibly for the sake of piquancy and not solely to grab her readers’ attention: behind her feminine temperament lies the temperament of a young Jewish woman from a Hassidic home in Poland.”  She was living in New York where she died. 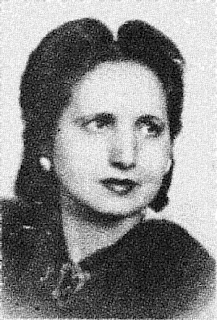