MEYER DIZENGOF (MEIR DIZENGOFF) (February 25, 1861-September 20, 1936)
He was born in the village of Echimăuţi, Bessarabia.  He studied in religious elementary school and graduated from a district school in Kishinev.  In 1882 he served as a volunteer in the Russian Army.  After completing his military service, he settled in Odessa and joined Narodnaya Volya (People’s will [the Russian populist movement]).  He was arrested for revolutionary activities in 1885.  After serving out his eight-month sentence, he returned to Odessa, where he became acquainted with Moyshe-Leyb Lilienblum and Leo Pinsker, and under their influence he became active in the Ḥibat-tsiyon (Love of Zion, early Zionist) movement.  In 1887 he was a delegate to Druskininkai Conference of Ḥibat-tsiyon.  In the same year, he traveled to Paris and studied chemistry at the Sorbonne.  There, as an important figure in Ḥibat-tsiyon, he came to know Baron Edmond de Rothschild.  In 1891 he returned to Russia.  In 1892 he made his first visit to the land of Israel, where he made an unsuccessful attempt to build a glass factory.  Around the same time, he established a workers’ organization, “Haarets vehaavoda” (The land and the labor), following the ideas of A. L. Gordon, and he joined the group “Bnei Moshe.”  He was back in France in 1897, and from that year until 1905 he was in Odessa where he ran some large businesses and became known as a Zionist leader.  He was a delegate to the fifth and sixth Zionist Congresses.  On September 16, 1905 he became a resident of Israel where he led a wide array of Zionist and community activities.  In 1906 he was one of the first who decided to erect a new Jewish quarter near Yafo, to be called “Aḥuzat bayit,” which was the cornerstone of the subsequent city of Tel Aviv.  In 1911 he was chairman of the council of his local neighborhood, and from 1921 until his death he was mayor of Tel Aviv.  On his seventieth birthday, Gan Meir (Garden of Meir) was planted in Tel Aviv in his name.  After the death of his wife, he converted his house into a municipal museum.  On his seventy-fifth birthday, stipends were created in his name for art, and a street was named for him in Tel Aviv.  He began writing in Yiddish and published in the Yiddish anthology Dos heylike land (The blessed land) (Zhitomir, 1891) a number of articles on Jewish and Israeli issues.  In Hebrew he published in book form: Im tel-aviv begola (If Tel Aviv was in the Diaspora) (Tel Aviv, 1931), 132 pp.; Pituaḥ hair tel aviv (Development of the city of Tel Aviv) (Tel Aviv, 1932), 33 pp.; Shene sipurim ketanim (Two short stories) (Tel Aviv, 1934), 15 pp.; Liyedidai minoar (Childhood friends) (Tel Aviv, 1936), 76 pp.; Lezekher tsina ḥayah dizengof (To the memory of Tsina-Ḥaya Dizengoff) (Tel Aviv, 1936), 47 pp. which was about his wife.  He donated his estate to become a local museum. 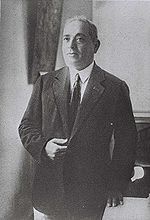