He was a current events writer and community leader, born in Sebezh, Vitebsk region, Byelorussia; his father Mortkhe was a tinsmith.  He received a traditional Jewish education, studying in the yeshivas of Telshe (Telz), Slobodka, and Lyubavitsh.  He received rabbinic ordination from many rabbis, among them: R. Chaim Ozer Grodzensky. He moved to Vilna to pursue his studies and there was drawn to socialist circles.  Over the years 1903-1904, he became captivated by the revolutionary burst of energy and was active in the movement. In 1904 he joined the Bolshevik Party. He also began his literary activities at this time. He was arrested for the first time at age nineteen. He was one of the most active propagandist agitators, transporting mailings of illegal literature. He translated into both Yiddish and Hebrew the programs of the “Russian Social Democratic Workers Party” (the Hebrew text was published in 1906 in Hazman [The times] in Vilna). At the time of the first Russian revolution (1905), he became a consistent fighter against the Bund and Zionism. After the collapse of the revolution, he carried on work not only among the Jewish masses, but also among the Gentile soldiers in the barracks (he was himself a soldier in the army), and there he launched an illegal Bolshevik newspaper De kazarme (The barracks). The gendarmerie tracked him down, and he was exiled to penal labor. After four years in a labor camp, he was sentenced in 1913 to permanent banishment to Siberia. However, he succeeded in escaping abroad, on the eve of WWI, making his way Germany, Belgium, and France, where he became a member of the Bolshevik Committee in Paris. He worked there in a factory, and he graduated from a school for electrical technology, led anti-war agitation, and founded a Jewish workers’ club. In 1916 Vladimir I. Lenin in Switzerland wrote Socialism and War, which appeared soon in a variety of languages. Dimanshteyn answered Lenin’s request and translated it into Yiddish. After the February Revolution in 1917, he returned to Russia, began publishing the Bolshevik newspaper Okopnaya Pravda (Trench truth), participated in the October Revolution, once again met Lenin, and he was appointed Commissar for Jewish National Affairs in Soviet Russia. Only then did Dimanshteyn’s turbulent activities in the Jewish environment commence, as he was the first editor in the Yiddish Communist press. And, one after the next, he began publishing serials in Yiddish: Di komunistishe velt (The Communist world), Kultur un bildung (Culture and education), and Di varheyt (The truth, later Der emes [The truth]). Dimnashteyn’s articles were published in virtually every issue of these newspapers and magazines.

In the spring of 1919, he was named People’s Commissar for Labor in the Lithuanian-Byelorussian government in Vilna. When the Poles occupied this city, he escaped, returned to Moscow, and again assumed his position as head of the Jewish Commissariat. He was later chairman of Jewish section in the Communist Party, and manager of the division for national minorities of the Central Committee of the Party. Over the years 1920-1921, he was People’s Commissar for Education in Turkestan, and he assumed high positions in Tashkent, Orenburg, and Krasnoyarsk. Beginning in 1922, he was in Moscow serving as assistant to the chairman of the cultural division with the Central Committee of the Communist Party. From 1924 until February 1930, he worked in Byelorussia in elite positions in the Party and government; later again, he was in Moscow working as chairman of Gezerd (All-Union Association for the Agricultural Settlement of Jewish Workers in the USSR), a member of the Communist Academy, director of the Institute of Nationalities at the Central Executive Committee of the Soviet Union, and editor of the Russian publication, Revoliutsiia i natsional’nosti (Revolution and nationalities).

In the first half of the 1930s, Dimanshteyn was at the very center of work among the Jewish masses: he founded the Russian-language periodical monthly serial of “Gezerd,” the journal Tribuna (Tribune), brought out a series of books on the nationalities policy of the Communist Party, was involved in the composition of the editorial board of the bimonthly journal Forpost (Outpost) out of Moscow and Birobidzhan, edited books on the history of the revolutionary movement in Jewish circles. Then, the year 1937 arrived with Dimanshteyn getting no help from persecution, despite his work “Stalin vi a bolshevistisher teoretiker fun fer natsyonaler frage” (Stalin as a Bolshevik theoretician of the nationality question), Tsaytshrift (Periodical) 4 (1930). He was arrested in late 1937. The newspaper Der emes for January 16, 1938 (the paper had already announced its closing) carried an article in which was repeated the determination of the Central Committee on the closing of Tribuna in which over the course of ten years since its launch the editor-in-chief had been Dimanshteyn. It was stated in an article that the journal was being shut down because “it had been transformed into a tribune for the counter-revolution of nationalistic, Bundist contraband.” He wrote as well under the pen names: Naftali Gorfinkel, Dan, and A Royter, among others.

In addition to those mentioned above, he also edited Di varheyt, organ of the Social Democrats (Bolsheviks) and Left Socialist Revolutionaries (first issue appeared in St. Petersburg on March 8, 1918; from no. 4 it was being published in Moscow by the Jewish Commissariat); Evreiskaya tribuna (Jewish tribune), Russian-language organ of the Jewish Commissariat, together with Tuvye Akselrod, Nokhem Bukhbinder, and Zerekh Grinberg; Der emes, daily newspaper, organ of the Jewish Section of the Russian Communist Party (Moscow, 1918-1919), last issue appeared February 13, 1919, after which the name (Emes) was spelled out phonetically (rather than in its Hebraic form); Kultur-fragn (Cultural issues), anthology edited with N. Bukhbinder and Z. Grinberg (St. Petersburg: Commissariat for Jewish Affairs, 1918), 95 pp.; Di komunistishe velt, organ of the Jewish Commissariat (Moscow), fifteen issues in all (May 1, 1919-March-April 1920); N. Lenin, Di natsyonale un yidishe frage, fun onhoyb imperialistisher milkhome (The national and Jewish question, from the start of the imperialist war), in Oysgeveylte verk (Selected writings), vol. 8 (Moscow, 1929); Yidn in fssr, zamlbukh (see above), 284 pp.; Forpost, literarish-kinstlerisher un politish-gezelshaftlekher zhurnal fun der yidisher avtonomer gegnt birobidzhan (Outpost, literary-artistic and political-community journal of the Jewish autonomous region of Birobidzhan), of which he was a member of the editorial board, 1932-1937. 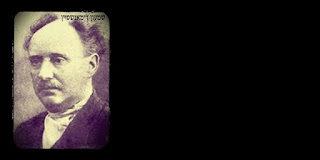