FROYM DAYNARD (EPHRAIM DEINARD) (1846-June 24, 1930)
He was born in Shasmaken (Valdemārpils), Courland.  He received a traditional religious Jewish education.  While still quite young, he demonstrated a strong desire to travel, to learn about the lives of Jews in the Diaspora, so as to describe it.  At age sixteen he made his first trip.  In 1873 he became acquainted with the Karaite scholar and archeologist Shmuel [Abraham?] Firkovitch.  He stayed with him in [the Karaite fortress of] Sela Hayehudim (Rock of the Jews), in Crimea, and helped him compile lists of the old manuscripts which he sold to Imperial Asian Museum in St. Petersburg.  In 1874 he made a trip to the Oriental countries.  In 1878 he was appointed by the Parisian society “Alliance Israélite française” to assemble for it statistics on Jews in the world.  He was sent in 1888 by Arkady Koyfman to Israel with the goal of investigating the possibilities for establishing there agricultural settlements.  After he returned, the same society sent him on assignment to Brod, eastern Galicia, to help organize the emigration to the United States of Russian Jews, who because of pogroms and persecution were leaving Russia without resources or passports.  In the 1880s he founded in Odessa a business in religious Jewish texts, in which he collected numerous ancient works and which became the place to which seekers of rarities were drawn.  In those years he published his treatise, Seu nes tsiyona (Raise high the banner of Zion) (Pressburg, 1885/1886), 24 pp., which was aimed at awakening the interest of Jews in the idea of love of Zion.  In 1884 he established the association Zerubavel with the objective of encouraging Russian Jews to settle in the land of Israel.  In working out this goal, he dispatched Isser Halevi Landau to Israel, so as to organize this movement there, a movement he dubbed “Nusu mitsafon” (Flee from the North).  He emigrated to the United States in 1888 and settled in Arlington, New York.  In 1889 he published the Hebrew weekly newspaper Haleumi (The national).  In 1891 he began publishing in Newark, New Jersey, the Zionist newspaper in Yiddish, Der patriot (The patriot).  In 1897 he founded a Jewish agricultural colony in the state of Nevada.  Over the years 1899-1909, he made three trips to countries in the Orient with the aim of discovering old manuscripts and rare religious texts.  At that time he discovered the Geniza in the ancient synagogue in a village near Damascus, known as “Cave of Elijah the Prophet.”  He was the author of a great number of works in Hebrew.  The most significant of them concerned his travels and old religious texts and manuscripts.  He was an important researcher and bibliographer of Jewish literature in both languages, Hebrew and Yiddish.  He compiled the bibliographical listings: Sifrut yisrael beamerika (The literature of Israel in America) (Jaffa-New York, 1910-1913), two vols.; and Kehilat amerika (American community), two parts (St. Louis, Missouri, 1926), in which he recorded all the books that were published in America from 1735 (when the first Jewish text was published in the New World) until 1926.  Irrespective of his Enlightenment attitude toward Yiddish (see his short chapter entitled “Yehudit” [Jewish, implying Yiddish] in his Devir efrayim [Sanctuary of Ephraim]), he recognized the importance of works that were composed in Yiddish, and he included them in his bibliographical listings.  In 1913 he made aliya to Israel and lived in Ramla.  During WWI he was arrested by the Turkish authorities and in 1916 expelled from the country.  He returned to the United States.  He continued his writing and research activities and his concerns for ancient texts.  He died in St. Louis, Missouri. 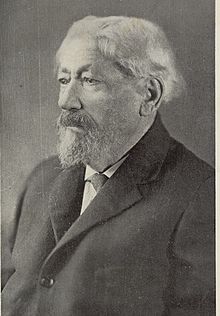