He was born in Yashinevka, Bialystok region.  He studied in religious elementary school and in yeshivas in Bialystok, Suwalk, and Eyshishok (Eišiškės).  From 1922 he was living in Montreal, Canada; from 1923 he was working as a teacher in the Montreal Jewish Public Schools.  He published articles on Jewish community and pedagogical themes in: Keneder odler (Canadian eagle), Idisher kemfer (Jewish fighter), Yidishe dertsiung (Jewish education), publications of the Farband ([Jewish National Workers] Alliance) schools, and Kinder-zhurnal (Children’s journal) which was a publication of the “Sholem-Aleykhem Folk Institute” in New York.  He also published: Midrash raba ekha, mit yidisher iberzetsung, derklerungen un araynfir (Midrash Rabbah on Lamentations, with Yiddish translation, explanations, and an introduction), including the Hebrew-Aramaic text (Montreal, 1956), 381 pp.  He later produced Yiddish translations of the remaining scrolls in Midrash Rabbah: Shir-hashirim (Song of songs), Rus (Ruth), Koheles (Ecclesiastes), and Megiles ester (The scroll of Esther).  For this work he was awarded the Manger Prize.  Characteristic of his translation work is the synthesis of old-style Yiddish into which the Midrash was translated throughout the generations together with the linguistic accomplishments of contemporary Yiddish.  Bringing into Yiddish the foundational texts of our ancient, national creation is considered one of its most significant achievements.  He died in Montreal.
“Sh. Dunsky’s effort was a bold and successful one,” wrote R. Dr. M. Shvartsman.  “Aside from appearing to be a route that a modern man ought not in fact approach recklessly as an ordinary, light task, yet one can find therein a divine corner in which to isolate oneself….  His Yiddish is juicy, his language—genuinely of a folkish bent, the arrangement good, the introduction instructive, to the point.”
“This is old wine,” wrote A. Golomb, “in new skins.  Learned, critical, and faithful, hence approaching an authoritative explanation.  This is, thus, a religious text for intelligent Jews.” 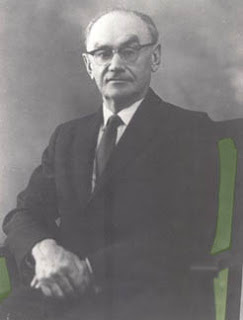