MOYSHE NELKEN (1901-August 1944)
He was born in Lodz, Poland.  He graduated the Polish-Hebrew Broyde high school.  For a time he studied in Warsaw University and in a drama school.  He was active among the left Labor Zionists.  In 1927 he was one of the cofounders of Moyshe Broderzon’s “Ararat” [acronym for: Artistic Revolutionary Revue-Theater], in which he excelled as an actor, singer, and lecturer.  He debuted in print with poems and prose writings for the journal Toyz-royt (Red ace) in Lodz (1923-1924).  He also contributed later to: Vezn (Guides), S’feld (The field), and Lodzer tageblat (Lodz daily newspaper), among others.  Over the years 1924-1926, he was co-editor—with Y. Rabkin, A. Barukhin, and others—of the afternoon newspaper Lodzer ekstrablat (Lodz extra news), for which he penned editorials, humorous sketches, and newspaper novels, and translated into Yiddish short stories from other languages.  He also placed pieces in: Der fraytog (Friday), Lodzh-varshe (Lodz-Warsaw), Lodzher mantshester (Lodz Manchester), and Literarishe bleter (Literary leaves) (Warsaw).  He was for a time a teacher in the Borokhov school and in modern religious elementary schools in Lodz.  From 1940 he was confined in the Lodz ghetto, took part in Yiddish theater in the ghetto, was a teacher in the illegal schools, and led a course in the seminary “Jewish learning” and in the teachers’ course of study.  In August 1944, during the liquidation of the ghetto, he was deported to Auschwitz and murdered there. 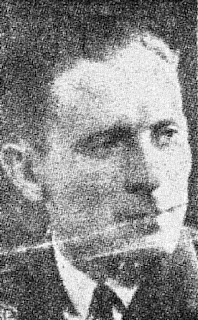