DOVID SOHN (April 20, 1890-February 10, 1968)
He was born in Bialystok, Russian Poland.  His father Moyshe, a scholar and follower of the Jewish Enlightenment with rabbinical ordination, wrote Hebrew poetry and published in Hamagid (The preacher) and in Kol mevaser (Herald).  Dovid Sohn studied in religious elementary school and synagogue study hall, and secular subjects privately.  At age sixteen he joined the Labor Zionist movement.  In 1906 at the time of the Bialystok pogrom, he took part in the self-defense.  In 1911 he moved to New York where he worked in various trades and wrote poetry, stories, and articles for: Varhayt (Truth), Forverts (Forward), Morgn-zhurnal (Morning journal), Tog (Day), and Fraye arbeter-shtime (Free voice of labor)—in New York; and Filadelfyer velt (Philadelphia world); among others.  He was the American correspondent for the Bialystok dailies: Byalistoker tageblat (Bialystok daily newspaper), Dos naye lebn (The new life), Undzer lebn (Our life), and Byalistoker shtime (Voice of Bialystok).  In 1919 he founded the Bialystok Relief Committee in the United States, which over the course of thirteen years sent $5,000,000 to Bialystok for local institutions and relatives.  During the Bolshevik occupation of Bialystok, he was the agent of the Relief Committee in his home city.  With his initiative in 1921 a “Bialystok Center” was founded in New York, which became the world address for Bialystokers and from which there developed the Bialystoker Home for the Aged on East Broadway (Sohn was the executive secretary of this institution).  In 1921 he began publishing and editing Byalistoker shtime.  He also edited a series of local compatriot association jubilee journals: Der pyoner (The pioneer), Der fundament (The foundation), Der fraynd (The friend), and Di byalistoker froy (The Bialystok woman), among others.  He brought out a pamphlet, Di tetikeyt fun der byalistoker landsmanshaft (The activity of the Bialystok compatriot association), and a volume of images, Byalistok, bilder album fun a barimter shtot un ire iden iber der velt (Bialystok, a photo album of the famed city and its Jews throughout the world), with text in Yiddish and English (New York, 1951), 386 pp.  On the occasion of his seventieth birthday there was published a special Byalistoker yoyvl-zambukh (Bialystok jubilee volume) (New York, 1961).  He also wrote under such pen names as: Ben Moyshe, Dr. D. Nosinzon, and A Byalistoker.  He died in New York. 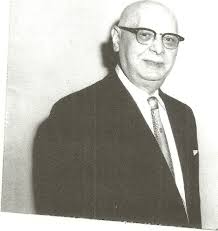