GERSHON SAPOZHNIKOV (SAPOZNIKOW) (1907-June 8, 1983)
He was born in Pinsk, Polesia.  He studied in the Vilna Jewish teachers’ seminary.  In 1927 he made his way to Argentina.  For a time he inclined leftward and wrote Marxist literary criticism for Argentinian leftist journals.  In the late 1930s he left the left.  He was editor of the daily Morgn-tsaytung (Morning newspaper) in Buenos Aires, in which he wrote on educational issues and literary criticism.  He penned literary treatments as well for Undzer vort (Our word) in Buenos Aires.  He was editor of the annual Der holts-industryel (The wood industry) and Zamlbukh fun shtriker-fabrikant (Collection from the knitting factory) (Buenos Aires, 1961), 376 pp., published on the twenty-fifth anniversary of the organization—both in Buenos Aires.  In book form he published: Shmuesn mit eltern vegn kinder dertsiung (Conversations with parents about children’s education), two editions, with an introduction by A. Turnyanski, president of Vaad haḥinukh (Education council), and a foreword by Y. Botoshanski (Buenos Aires, 1942), 205 pp.; Fun di tifenishn, eseyen (From the depths, essays), title page and letters designed by Y. Ratner-Mirski, preface by M. Shenderay (Buenos Aires, 1958), 297 pp.—this book includes essays on Lamed Shapiro, Yoyne Rozenfeld, Sholem Asch, Yoysef Opatoshu, Y. L. Perets, Sigmund Freud, the psychology of the Jewish joke, and feature of the psychic physiognomy of the Jewish personality (in 1959 the book received the Tsvi Kessel Prize in Mexico City); Shrayber un verk in likht fun psikhoanaliz (Writers and works in light of psychoanalysis) (Tel Aviv: Perets Publ., 1969), 182 pp.; Der goyrl fun yidn tsvishn di umes-hooylem, an analitisher araynblik in der milkhome-trilogye fun mendl man (The fate of Jews among the gentile nations, an analytical insight into the war trilogy of Mendl Man) (Tel Aviv: Pines Fond, 1976), 187 pp.; Yitskhok bashevis-zinger, der kinstler fun zind un tshuve, analistisher araynblik in lebn un shafn fun ershtn nobel-laureat in der yidisher literatur (Isaac Bashevis Singer, the artist of sin and redemption, an analytical insight into the first Nobel laureate in Yiddish literature) (Buenos Aires?: Argentinian division of the World Jewish Culture Congress, 1981), 126 pp.; and Yitskhok yanasovitsh, der fil zhanerdiker shrayber, an analistisher araynblik in zayn shafn (Yitskhok Yanasovitsh, the writer in many genres, an analytical insight into his works) (Buenos Aires: Argentinian division of the World Jewish Culture Congress, 1982), 152 pp.  “G. Sapozhnikov’s book of literary critical essays, Fun di tifenish,” noted Y. Rapoport, “is not based on an extreme psychoanalytic approach: That is, the literary critical analysis is grounded in the psychological foundations of psychoanalysis, aside from his pointed details, his hair-splitting.  And, this is the great advantage of the book: it both introduces something new to our criticism, and it does not misuse that; it walks along a sure bridge.”  “We thus have for the first time in Yiddish literature,” wrote Meylekh Ravitsh, “a book that is entirely devoted to psychoanalytic investigation of several writers…and the complexes that one encounters there:...the diaspora-complex of Lamed Shapiro, the orphan-complex of Yoyne Rozenfeld, the mother-complex of Sholem Asch, the soul-complex of Y. L. Perets.”  “Gershon Sapozhnikov is a critic,” notes Y. Yanasovitsh, “who comes to literature armed with a full array of premises of a scholar character, and he seeks those premises so as to corroborate them with evidence from works of literature.  This is, however, not the whole story: he analyzes exhaustively the literary creations, so as to demonstrate to us that a given work contains within it a treasury of material evidence for his view, and if the creator of psychoanalytic learning, the brilliant Sigmund Freud, found in world literature confirmation for his truths, Sapozhnikov shows us in a highly successful manner that Yiddish literature, too, in this regard is no exception, for it possesses within it a great deal of evidence for the truth of psychoanalysis and for its laws concerning the tempests that take place in the human unconscious and break a path through to the sphere of the conscious, whose spiritual child is literature and art.”  Sapozhnikov began in 1964 a series entitled “Shmuesn vegn literatur” (Conversations about literature) in Undzer vort, organ of “Aḥdut haavoda, Poale Tsiyon” (Union of labor, Labor Zionists) in Argentina, with treatments of the historical development of Yiddish literature on Argentinian soil.  He died in Buenos Aires. 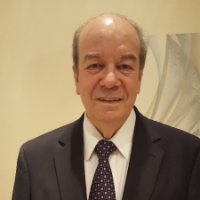