YANKEV-SHIMEN (SHOLEM) LYAKHOVITSKI (December 5, 1874[1]-May 14, 1937)
He was born near the highway inn in Artychanka, not far from Slonim, Byelorussia.  In 1890 he left Russia and, with a large party of Jewish families from Russia, and with help from Alliance Israélite, he traveled through Constantinople to Argentina to settle in the Baron Hirsch colonies.  He was a colonist for three years in San Antonio where he founded the first Yiddish library, and then he settled in Buenos Aires, became widely active in the Jewish community, was one of the local pioneers of political Zionism, organized (1897) the first Zionist center in Buenos Aires, served as secretary general of the hospital, and was president of the Dr. Herzl League.  He was a cofounder of charitable societies, cultural associations, libraries, clubs, an organization to fight against ritual impurity, and the like.  In 1903 he was president of the Zionist Federation of Argentina.  He began writing in 1891 with correspondence pieces on the Baron Hirsch colonies for Hamelits (The advocate) in St. Petersburg, Hamagid (The preacher) in Lik, and Di yudishe gazeten (The Jewish gazette) and Arbayter tsaytung (Workers’ newspaper) in New York.  Over the years 1898-1905, he contributed to Dr. Herzl’s Die Welt (The world) in Vienna, Abend-blat (Evening newspaper) in New York, and the publication of the German socialists in Argentina, Vorwärts (Forward).  He also placed work, 1899-1902, in Idisher zhurnal (Jewish journal) in Toronto.  In 1898 he published his first poems and stories in Viderkol (Echo) of Mikhl Hakohen Sinai.  He was editor (1899-1905) of Der tsienist (The Zionist), published by the Theodor Herzl League in Buenos Aires.  He managed and edited, 1903-1906, the Spanish-language Zionist organ, El Sionista (The Zionist), and he contributed work to the newspapers: El Tiempo (The times), La Argentina (Argentina), and Sarmiento (Sarmiento), among others in Buenos Aires.  He served as editor, 1909-1913, of Idisher argentiner vokhnblat (Jewish Argentinian weekly newspaper) in Buenos Aires.  In 1911 he brought out himself a journal in Spanish entitled Israel (Israel) and contributed to the Russian Jewish weekly, Novyi mir (New world), edited by Aleksander Pavlovsky and M. Podolsky.  Together with Zev-Volf Tsaytlin, in 1914 he published the first Yiddish daily in Argentina, Der tog (The day), “the sole Yiddish informative daily newspaper in Argentina” (its subsequent editor was Fabian Sh. Halevi).  That year, together with V. Ayzenberg, he brought out the weekly Di vokh (La Semana [The week]), “a weekly magazine for literature, commerce, industry, and general popular interest,” and founded Di idishe tsaytung (The Jewish newspaper).  In 1917, with Rabinovitsh and Letishevski, he published Der idisher togblat (The Jewish daily newspaper) which lasted only three months and then the illustrated literary journal Di vokh.  Over the years 1917-1919, he edited the Almanakh (Almanac) of Der idisher soykher (The Jewish businessman), “weekly journal for Jewish commerce, industry, and literature” (publisher: V. Ayzenberg; co-editors: Y. Makranski and Ts. Shkolnik).  In 1922 he edited the Spanish-Yiddish journal of the Centro Cultural Israelita de Boca y Barracas, Ezra.  Together with Y. Podgayetski, in 1919 he published the series “Bikhlekh far yedn” (Pamphlets for everyone), twenty-five of them in all, those by him including: Geshtorben als heyliger (Dead in the sense of holy), 34 pp.; Tsvantsik zaynen zey geven (They were twenty), with an autobiography by the author; Ferd un vayber (Horses and women); Gezindigt un gefaln (Sinned and fell); and Penemer un penemlekh (Appearances, big and small)—all roughly the same number of pages.  Lyakhovitski provided to each pamphlet a biographical introduction and review and Aba Kliger’s volume Lider (Poetry) carried illustrations.  Among the authors in the series, there is a booklet by his son Lazaro Lyakhovitski entitled Aroys fun danen, fremder! (Out of here, stranger!).  Lyakhovitski also wrote several items for the theater, among them: Di yidishe firstin in patagonye (The Jewish princess in Patagonia) which was staged in Buenos Aires; Di erd-eygentimer un nikolays konstitutsye (The landowner and Nikolai’s constitution), staged in the United States.  He also published translations of non-Jewish literature.  His correspondence pieces and articles appeared also in: Morgn-zhurnal (Morning journal), Yidishes tageblat (Jewish daily newspaper), and Dos folk (The people)—in New York; Di yidishe handels-vokh (The Jewish business week), Der shpigl (The mirror), and Penemer un penemlekh in Buenos Aires.  His memoirs from the first years of the Jewish community in Argentina were published in a number of periodicals, including Di prese (The press) in Buenos Aires.  In the last years of his life, he lived in Lomas de Zamora and died there.  He was buried in Buenos Aires.  After his death, there appeared: Yankev-shimen lyakhovitski, zamlbukh tsu zayn biografye un kharakteristik (Yankev-Shimen Lyakhovitski, a collection toward his biography and character) (Buenos Aires, 1938), 96 pp., edited and prepared for publication by Y. Horn. 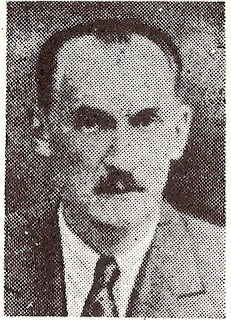