He was a literary critic, current events writer, and editor, born in Tsherkas (Cherkasy), Ukraine, to a father who was a religious primary school teacher who had moved there from Lithuania. He studied Talmud in religious elementary school and synagogue study hall until age seventeen. Proficient in Talmud, commentators, and responsa literature, at age seventeen he became a follower of the Jewish Enlightenment, turned his attention to secular topics of learning, and sat as an external student for the examinations to the eighth class at high school. Over the years 1902-1905, he lived in Paris, studying philosophy, history, and literature at the Sorbonne. His political and social activities began in the latter half of the 1890s as a follower of Aḥad-Haam’s national and Zionist ideas, but soon he became one of the first leaders of “proletarian Zionism” (Labor Zionism or workers’ Zionism), and together with Yankev Leshtshinski, Shimen Dobin, and other participants in the Rovno Conference (spring 1903), he belonged to the group of Zionist socialists who organized the “Vozrozhdenye” (Rebirth) conference. In the winter of 1904 at a conference in Odessa, when Vozrozhdenye crystalized into the Zionist-Socialist Party, Litvakov (then still in Paris) was selected onto the central committee of the new party. In 1905, after the first Russian Revolution, he returned to Russia, became one of the ideologues and one of the most important leaders of the Zionist-Socialist Party, and (using the pseudonym Nitsuts) contributed to all of the publications of the party. Under the pen name Simenzon, he published for the first time in 1903 two short articles for the Russian-language Vozrozhdenye (nos. 3-4) concerning political matters. In 1906 he edited in Vilna the party’s organs in Yiddish: Der nayer veg (The new way), Unzer veg (Our way), and Dos vort (The word). At that time, he also published a pamphlet: Der tsienizmus un di ugande-frage (Zionism and the Uganda question) (Warsaw: Medina, 1907/1908), 34 pp. At that time he was writing articles [in Hebrew] for Hazman (The times). In 1908 he became a regular contributor to the highly influential Russian daily newspaper Kievskaia mysl' (Kievan thought), in which he primarily wrote (under the pen name M. Lirov) on Russian and Western European literary topics, as well as on Jewish social issues. He also placed work in the anthology Fun tsayt tsu tsayt (From time to time) (Kiev: Kunst farlag, 1911-1912) and elsewhere.

During WWI he devoted his attention to aid work for Jewish refugees from the front zones, and he contributed to an inter-party aid meeting in St. Petersburg (in 1916), where together with representatives of the Bund, he administered the principle of “aid through work” for the homeless. After the February Revolution in 1917, he played an important role in founding the “Fareynikte” (United socialist party), and he was a co-editor of the daily organ of the party, Di naye tsayt (The new times), in which, aside from topical political articles, he also published significant treatments of problems in Jewish community life, Jewish national autonomy, and the like. He was a cofounder of the Kultur-lige (Culture league) in 1918; one of three directors of the “Litkom” (All-Ukrainian literary committee); and head of the Yiddish section of Litkom. He edited the collection Baginen (Dawn), which the Jewish section published in Kiev in 1919, and he contributed to the collection Eygns (One’s own), to the journal Bikher-velt (Book world), and to virtually all Yiddish publications in Kiev in this violent period.

One of the most active members in the central Ukrainian “Rada” (provisional parliament), Litvakov was ideologically approaching Bolshevism ever more. After a series of efforts to create from the Fareynikte and the Bund one joint party, when the Red Army invaded Ukraine in early 1919, Litvakov brought about a split in the Fareynikte and, as leader of the splinter left wing, joined the Communist Bund—or “Kombund”—which embraced the name of “Komfarband” (Communist Union). In May of that year, the Komfarband became an integral part of the Ukrainian Communist Party, and from that point on, over the course of more than a decade and one half, Litvakov played an exceptionally important role in Jewish life in the Soviet Union—as an authoritative force in the Jewish section of the All-Russian Communist Party: the Yevsektsye (Jewish section). Around 1921 he moved to Moscow where in 1924 he became editor of Der emes (The truth), the Yiddish-language organ of the Communist central committee in Soviet Russia. In his daily articles for the newspaper, he concentrated on “Octoberizing” Yiddish literature in Russia, while he served as steward of anti-religious campaigns in the country, contributing to the Russian-language Bezbozhnik (Atheist) and assaulting with the profound sharpness of his biting satire the “hardened ideology of the Jewish people” also outside Russia. An ideologue of “traditional Jewish revolutionism” even before he became a Bolshevik, in his post-October period he strove to establish Yiddish literature in the service of “Jewish revolution,” and he became the spokesman for the so-called “proletarian critic” in Yiddish literature. He devoted much attention as well to Yiddish theater, and his name was closely linked to the development and revival of the Moscow State Chamber Theater (with Aleksey Granovski as the director).

The great majority of his journalistic articles and literary critical writings remain scattered through Soviet Yiddish newspapers and journals, with only a portion of them collected in book form: In umru (In anxiety), vol. 1 (Kiev: Shul un bukh, 1918), 120 pp., a selection of Litvakov’s articles from the years 1906-1918 which include, among others, “Yidishlekher revolutsyonizm” (Traditional Jewish revolutionism), “A bisl sotsyal-psikhologye” (A little social psychology), articles on Mendele Moykher-Sforim, Sholem-Aleykhem, Perets, Sholem Asch, A. Vayter, Bergelson, and others, with Litvakov’s important preface; Finf yor melukhisher idisher kamer-teater, 1919-1924 (Five years of the Yiddish State Chamber Theater, 1919-1924) (Moscow: Shul un bukh, 1924), 144 pp.; In umru, second volume (Moscow: Shul un bukh, 1926), 219 pp.; Af tsvey frontn, zamlung artiklen (On two fronts, collection of articles) (Moscow: Central People’s Publishers, USSR, 1931), 175 pp. Litvakov was a member of the Institute for Jewish Culture at the Ukrainian Academy of Sciences, later professor of Yiddish literature and Jewish history in the Jewish division of the pedagogical institute in Moscow. Over the years 1924-1928, he was also director of the “Shul and bukh” (School and book) publishing house in Moscow. He was editor of Emes-zhurnal (Truth magazine), an illustrated biweekly journal which appeared between January and May 1928 in Moscow. He frequently pointed out problems with Soviet Yiddish literature and led highly polemical battles with foreign Yiddish writers.

He was a tragic figure in the history of Yiddish literature and culture generally. Necessarily, because he never so much as doubted the justice of his sentence, he could not avoid outrageous conflicts. However ingenious, it was not his brilliant mind, and however severe it was not his judgments as a writer—his written work and stories—he could nevertheless not foresee how Yiddish literature would develop in the Soviet Union and what sacrifices it bring to the altar of history and among them—including himself, Moyshe Litvakov. The last time that his name was mentioned as editor of Der emes was the issue published on October 15, 1927. From 1931 a systematic struggle against Litvakov suddenly erupted in the Soviet Yiddish press. They charged that he was undermining organized proletarian Yiddish literature, that he defended nationalist-Menshevik conceptions of the “cultural heritage,” and that he was guilty of intuition, among other things. He defended himself with all the vigor of his fighting character. He thrashed right and left, not to allow the literary slander against him and then to repent, to admit errors he committed, regret them, and deny his earlier positions. This saved him in 1932. He was returned to his editorial post at Der emes, from which he had been removed for a time. But the attacks on him continued coming. In the 1930s, during the wild Stalinist terror, his enemies in Soviet Yiddish literature incriminated him for Trotskyist tendencies in his writings. He was arrested with the sadly well-known “nighttime visits” in the summer of 1937, and, according to an officially published report, this “enemy of the people” would have died in prison shortly after his arrest. 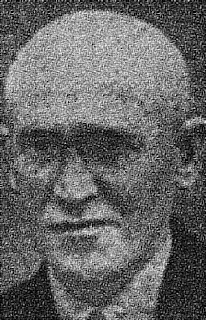