MARK (MIKHAIL) LIBER (1880-November 1937)
The adopted name of Mikhl Goldman, he was born in Vilna.  His father, Yitskhok ben Meyer Goldman, was a businessman who wrote Hebrew poetry and published: Hapaḥad balelot (Fear of nights) (Warsaw, 1876), 44 pp., a satire of the nights of Yom Kippur and Hoshana Rabba; Shanim kadmoniyot (Ancient times) (Vilna, 1879), 96 pp.; and Shivat tsiyon (Return to Zion) (Vilna, 1888), 64 pp.  For a time his contributed (1886) to Hamelits (The advocate), in which he published a series of journalistic articles and features.  He left in manuscript an addendum, notes, and additions to Yehuda Leyb Ben-Zev’s Otsar hashorashim (Treasury of roots).  However, he gave his children no Jewish education.  Mikhl’s older brothers were already involved in the Russian socialist movement which was then in its pioneer stage.  Under his brothers’ influence, the very young Mikhl joined the movement.  In 1898 he was a delegate to the illegal conference of students from Vilna middle schools.  Together with his school friend at the time Felix Dzerzhinsky (later head of the Cheka, Soviet secret police), he set to work establishing a Lithuanian social democratic workers’ party.  He was arrested in St. Petersburg while on a socialist assignment, thrown in jail there, and then sent to the Vilna prison.  In 1900 Mikhl Goldman was now in the Bund, while at the same time linked to the general Russian socialist movement.  He fought hard against the assimilationist tendencies of Jewish socialists who were tied to Iskra (Spark) and later with the Bolsheviks.  Estranged from Jewish life himself, he began in the Bund to assume one of the most active positions in molding the nationality program of the Bund.  He was a member of the Bund’s central committee (using the pseudonym Osher, later Isakov, and finally Liber), and he traveled on assignments for the party through various cities in the Pale of Settlement.  He was a delegate to the fourth conference of the Bund (late May 1901 in Bialystok), where he was among the few who fought against the “neutral” mood of a portion of the Bund’s leaders; He clearly and sharply emphasized the issue of an active, national idealistic and practical line of action for the Bund.  At the fourth conference, Liber’s stance put him in the minority.  At the fifth conference of the Bund (June 1905) in Zurich, at which the discussion around the nationality question was posed in the broadest terms, Liber was one of those who fought against every diminution of the freedom of the Jewish socialist movement in the general socialist democratic party.  This was characteristic of the letters that he wrote on the eve of preparations for the second conference of the Russian Social Democratic Workers’ Party (RSDWP), at which Lenin had already organized a majority to seize the socialist movement.  It is preserved in these letters, and in them Liber expresses the necessity with all the force he could muster to defend the rights of an independent Jewish socialist party.  In 1906 he was sent as a delegate of the Bund to the United States to lead a campaign on behalf of the interests of the Russian Revolution.  He was a contributor to the daily Bundist press Folkstsaytung (People’s newspaper) in Vilna (1906-1907) and to the collections Naye tsayt (New times) in Vilna and Tsum ondenk fun karl marks (To the memory of Karl Marx) (Moscow, 1918).  In 1918 the Bundist publisher “Di velt” (The world) brought out in Ekaterinoslav a series of pamphlets by Liber in Russian.  After the collapse of the first Russian Revolution, he took part in legal work and dedicated himself further to Jewish activities.  He was a delegate to the illegal conference of Jewish teachers (Passover time, 1907, in Vilna, which ended with the arrest of all—over sixty—participants and was continued at the Lukishker Prison there).  In 1909 he was a delegate from Vilna to the conference of Jewish communities which convened in Kovno.  On Passover eve, 1910, he was once again arrested, and after holding him in the Lukashker Prison in Vilna for a time, he was exiled to Vologda, and from there he fled abroad; in December 1910, he arrived in Paris, took part in the meetings of the foreign bureau of the RSDWP, and participated in the conference in Vienna.  When the war broke out in 1914, he returned to Russia and settled under his legal name in St. Petersburg.  He worked with the Free Economic Society for the Encouragement of Agriculture and Husbandry, around which the radical and liberal circles were concentrated in St. Petersburg.  For these activities he was, in 1916, arrested and deported under police custody to Buzuluk, Samara district.  He was only freed by the Revolution of 1917.  This turned a new page in Liber’s activities.  He was one of the leaders of the Revolution, but, irrespective of his role in general political life, he was tied heart and soul to the Jewish street and remained constantly active in the Bund.  For a short period of time, he was chairman and later vice-chairman of the Bundist organization in St. Petersburg.  In 1923 the Bolsheviks arrested and deported him.  From witnesses who shared the same Soviet prisons with him, we know that in 1937, during the great liquidation that Stalin carried out over all “undesirable” elements, Liber was among them.  In November 1937, after repeated, inhuman torturing by the GPU, he was sentenced to death which was carried out in Alma Ata, capital of the Kazakhstan Republic. 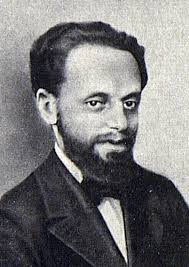