SHMUEL SAGIV (August 21, 1892-November 21, 1966)
He was born in Kiev, descended from a religious family.  He graduated from the Sorbonne in Paris.  From his youth he was active in the Zionist and later revolutionary movement.  Over the years 1922-1933, he lived in Poland, Germany, and France.  In 1934 he made aliya to the land of Israel.  His journalistic work began in 1911 for Hatsfira (The siren).  He wrote on literature, art, and current events in Hebrew, Russian, German, French, and English serial publications, as well as in Yiddish for: Haynt (Today), Moment (Moment), and Unzer leben (Our life) in Warsaw; Parizer haynt (Paris today), Lemberger togblat (Lemberg daily newspaper), and Keneder odler (Canadian eagle) in Montreal, among others.  His original surname was: Homelski.  He died in Tel Aviv. 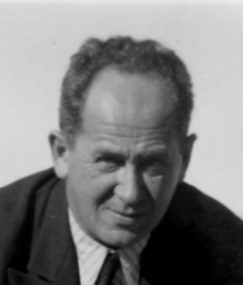