AVROM SHOMER (ABRAHAM S. SCHOMER) (August 2, 1876-August 16, 1946)
He was a playwright and a journalist, born in Pinsk, the son of Shomer (Nokhum-Meyer Shaykevitsh).  He was raised in Pinsk, Odessa, and Vilna, where he studied in religious elementary schools, municipal schools, and with private tutors.  In 1890 he emigrated with his parents to the United States.  He graduated in 1900 from New York University as a lawyer.  In 1934 he settled in Los Angeles.
He was very active in Jewish community life, such as: a cofounder of HIAS (Hebrew Immigrant Aid Society) and of the committee to aid victims of the Kishinev pogrom, a member of the American Zionist Executive, active as well in general liberal political life in America.  He was the father of the idea of a democratically-elected world Jewish congress which years later came into existence.  He wrote pamphlets to propagandize this idea: Vi mir kenen zikh helfen, an oyflezung fun der idisher frage, adresirt tsu ale iden (How we can help ourselves, a solution of the Jewish question, addressed to all Jews)[1] (New York, 1906), 30 pp.; A plan far der grindung fun a permanenten internatsyonalen idishen kongres (A plan for the establishment of a permanent international Jewish congress) (1909); and a series of articles with such titles as: “Vos iz der kampf fun idishen folk?” (What is the struggle of the Jewish people?), “”Di idishe frage in likht fun yurisprudents” (The Jewish question in light of jurisprudence), “Di idishe frage in dem likht fun psikhologye” (The Jewish question in the light of psychology), “Idishe natsyonale organizatsyes un dos idishe folk” (Jewish national organizations and the Jewish people), “Di idishe heymland un di idishe frage” (The Jewish homeland and the Jewish question).  Also, [in English]: The Primary Cause of Antisemitism: An Answer to the Jewish Question (New York: Israel Pub. Co., 1909), 162 pp.; The Jewish National Homeland and the Jewish Question: An Inquiry and a Warning Addressed to Jewish Leaders (1920), 4 pp.; and other writings.
More than fifteen years before he was publishing anything on the Jewish question, Shomer began (in 1893) his literary activities with humorous stories and articles about American citizenship and its governmental system.  His work appeared in: Der idisher pok (The Jewish Puck), Abend-post (Evening mail), Dos naye lebn (The new life), Dos naye land (The new land), Literatur un leben (Literature and life), Yidishes tageblat (Jewish daily newspaper), and Morgn-zhurnal (Morning journal); among other serials.  In English: American Hebrew (New York); and Jewish Tribune.  He wrote a great number of plays for the Yiddish theater and a number for the American stage: Der bal-tshuve (The penitent); Afn yam, oder in elis ayland (On the sea or at Ellis Island), also known as The Yellow Passport on stage and in a 1916 silent movie; Di alraytnikes (The upstarts); Der yunger dor (The young generation), adapted from H. Heierman’s Keten-glieder (?); Borekh dayen haemes (Blessed is the judge of truth [said upon learning of someone’s death]), adapted from Traumulus (Dreamer) by Arno Holz and Oskar Jerschke; Klore meshugoim (Downright crazies); Der sod (The secret); Stayl (Style), made into a film years later entitled “Today”; Dos gayster hoyz (The house of spirits [A Doll’s House]); Hatekufe (The era); Der kamf (The struggle); Point of Order.  His greatest success came with: Aykele mazik (Mischievous little Ike), which was also included in world’s Yiddish theatrical repertoire; and the comedy Der groyser milyoner (The great millionaire).  He also wrote four scenarios for his “The Schomer-Ross Motion Picture Company” (which existed for two years, 1919-1920): The Sacred Flame, Ruling Passions, The Hidden Light, and The Chamber Mystery. 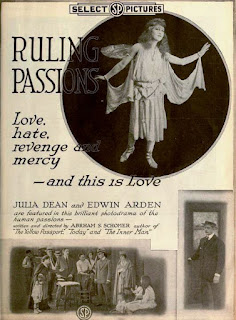 “His dramas,” noted Sholem Perlmuter, “has tense, difficult material, although he created many of them with lovely effects and simple means….  The success of his plays consisted of their theatricality.”  He died in Los Angeles. 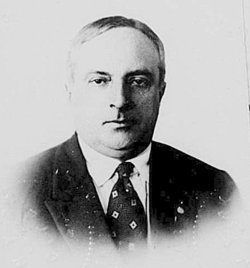 [1] Translator’s note.  It was published the following years in English as: How We Can Help Ourselves: A Logical Solution of the Jewish Question Addressed to All Israel (New York, 1907), 16 pp. (JAF)