MIRIAM SHOMER-TSUNZER (November 25, 1882-October 11, 1951)
She was born in Odessa, the daughter of Shomer (Nokhum-Meyer Shaykevitsh).  She graduated from university in New York.  She was a lecturer on art.  She was a delegate to the first Jewish congress in the United States, and she was an active Zionist.  In 1903 she debuted in print in the English section of Di idishe velt (The Jewish world).  She wrote prose poetry and miniatures in Tog (Day), Avrom Reyzen’s Dos naye land (The new land), and a chapter of memoirs in Yivo-bleter (Pages from YIVO) (XXXIII) concerning Jewish literary New York at the beginning of the twentieth century.  She authored: the plays Der alef-beys (The ABCs) and Man un vayb (Man and wife), which were not staged; and the two one-act dramas Der farkishefter kval (The enchanted spring), a fantasy (19 pp.) and Dem tatens matone (The father’s gift), a children’s play (14 pp.)—both undated.  Her English-language book Yesterday (New York, 1939) depicts three generations of her family.  For other bio-bibliographical details, see entry for her sister Riza Shomer-Batshelis: https://yleksikon.blogspot.com/2019/07/roza-shomer-batshelis.html).  She died in New York. 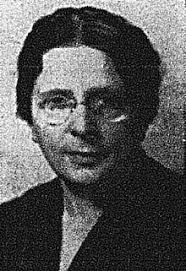