Born in Vilna, he was a Russian-Yiddish storyteller, playwright, and folk poet. In Russian he was known as R’ Maks Semyonovitsh. Until age twelve he studied in religious elementary school, thereafter in a Vilna high school. He worked for five years in the Russian Jewish schools in Vilna, and from 1896 he worked as a teacher in a school run by the “Khevre mefitse haskole” (Society for the promotion of enlightenment [among the Jews of Russia]) in St. Petersburg and took part in the local Yiddish theater society. He debuted in print with stories in Russian and later wrote both in Russian as well as translated into Russian several works by Y. L. Perets, Sholem-Aleichem, Khayim Tshemerinski, Mendele, and An-ski. He first published in Yiddish a poem in 1892 in Perets’s Di yudishe biblyotek (The Yiddish library), and after a lengthy interruption he again came back to Yiddish with the establishment of Fraynd (Friend) in 1903, in which he published for five years stories of impoverished Jewish life as well as poetry. He also contributed work to: Di velt (The world), Der tog (The day), Di folksshtime (The voice of the people), and Riga’s Yudishe shtime (Jewish voice) (1909-1910). In the humor magazines Der sheygets (The impudent boy) and Der bezem (The broom), a supplement to Fraynd, he published under the pseudonym Motele satirical feature pieces in verse. He made a name for himself with his book Dem “zeydens” mesholim (“Grandpa’s” fables), “a free and Judaized adaptation following [Ivan] Krylov” (St. Petersburg: Yoysef Lurya, 1908), 112 pp., enlarged edition (St. Petersburg, 1918), 167 pp. A selection of these fables under the title Der “zeyde” di eyniklakh (The grandfather, the grandchildren), adapted for children, was published by the Commissariat for Jewish Affairs in St. Petersburg in 1919 (40 pp.). He also wrote several works for the theater, among them the comedy Glikn (Good fortune); the miniatures, R’ meyer bal-hanes (Reb Meyer the miracle worker), Nohkn tsholnt (After the cholent), and In aylenish (In a hurry); the dramas, Ende zumer (End of summer) and Di finstere nakht (The dark night); and translated Karl Gutzkow’s Uriel Acosta for Aleksey Granovsky’s chamber theater. He also wrote a series of children’s plays in Russian. Under the pen name Mevaser, he published Royte frayhayts-lider (Red poems of freedom) (St. Petersburg: Commissariat for Jewish Affairs, 1919), 15 pp. Rivesman’s poetry appeared in numerous readers for Jewish schools, as well as in the anthologies: Di idishe yugend (The Jewish youth) (Vilna, 1906), Frayhayt (Freedom) (Vilna, 1907), Frihling (Spring) (Vilna), and Blumen (Flowers) (New York, 1920, edited by Y. Levin), among others. He often appeared at literary evenings with readings from his works and was extremely successful before his audience. “For the semi-assimilated…Jews…in Russian St. Petersburg,” wrote Yisroel Tsinberg, “Rivesman was truly a treasury…of folk witticisms, puns, [and] rhyming combinations, and people rolled with laughter at his Judaized Krylov fables, poems, declamations, stage scenes, and humorous sketches.” He died in St. Petersburg. 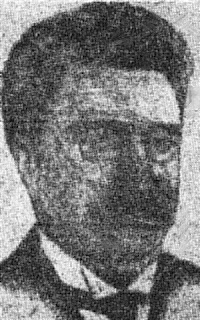 His brother A. RIVESMAN published, with B. Bernard, in Vilna an illustrated journal for literature and scholarship, Di idishe yugend—in two editions, Fir yugend (For children) and Far kleyne kinder (For little children).  The first number appeared on April 8, 1906, but the journal did not last long.