MENAKHEM KAPELYUK (MENAHEM KAPELIUK) (July 31, 1900-September 18, 1988)
He was born in Kitaygorod-Podolsk.  He attended the local Hebrew school.  He was active in Haḥaluts (Pioneer) and in 1923 settled in the land of Israel.  In 1933 he graduated from the Oriental faculty of the Hebrew University.  Kapelyuk was a pioneer of translation from modern Arabic fiction into Hebrew.  Many of his descriptions of Arab life were translated and published in Haynt (Today) in Warsaw, Tog (Day), Idisher kemfer (Jewish fighter), and Di prese (The press), among others; his own translations appeared in Nayvelt (New world) and mostly in Di goldene keyt (The golden chain)—both in Tel Aviv—to which he frequently contributed articles on Arabic literature and on the history and lives of Yemenite Jews.  His most important achievement for Yiddish were translations from the Koran—in Di goldene keyt 49 (1964) and Svive (Environs) in New York.  He also had a great deal in manuscript.  He died in Tel Aviv. 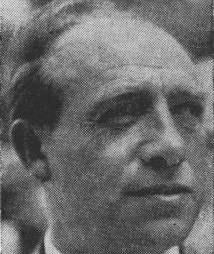