He was a poet and prose author, born in Holoskiv (Goloskiv), Ukraine. In response to a letter (dated March 19, 1929) from the literary scholar Arn Gurshteyn asking how old he was, Kvitko replied: “It’s not easy for me to answer your question. I really don’t know in what year I was born. I am perhaps 33-34, maybe 35.” In his autobiographical notes, dated September 21, 1943, Kvitko wrote: “I do not know the precise date of my birth—1890 or 1893.”[1] There is also some confusion in establishing the place in which he was born. Several sources claim that Goloskiv is a village near Medzhybizh, although in fact it was a town near Kryve Ozero, now located within Nikolaev district, where he was raised by his grandmother and for a short time studied in the local religious elementary school and from age ten entered an apprenticeship with a shoemaker—as well as working as a dyer, a horse driver, and porter in Nikolaev, Odessa, Kherson, and back in his hometown. His father was a teacher, but he was orphaned in childhood. He began writing at age twelve. As he wrote in a memoir concerning his meetings with Dovid Bergelson in Uman in 1915, “it came to me not from a school, nor from religious elementary school, nor from private lessons, but from the air which was agitated, full of secrets, massacres, consternation, and frighteningly interesting events.” Bergelson, before whom this beginning poet read his poems, strongly encouraged him, supplied him with private tutors, and later in Kiev introduced him to a circle of students and writers. His first published poem appeared in Dos fraye vort (The free word) in Kiev (May 1917).

In 1918, soon after his marriage to a woman from Uman, Beti, they moved to Kiev. He came to know the Yiddish writers in Kiev, especially Dovid Hofshteyn and Bergelson, lived there in considerable want, worked as a book peddler for the Kultur-lige (Culture league) and later as a teacher in a Jewish children’s home, and gradually became one of the most important poets of the Kiev group. He published poems in the anthology Eygns (One’s own) 1 (1918) and II (1920), in Baginen (Dawn) 1 (June 1919), and in Komunistishe fon (Communist banner). At this time he published for “Kiever farlag” (Kiev publishers) and “Yidisher folks-farlag” (Jewish people’s publisher) four short booklets of children’s poems—Lidelekh (Little poems) (16 pp.), Leml nasher (Leml the sweet tooth) (1919, 14 pp.), Dos kavendl (The watermelon) (1918, 8 pp.), and Dos ketsele (The little cat) (1919, 8 pp.)—and from this point forward he gained fame as a great children’s poet, to which calling he remained faithful until the end of his life. In October 1918 he wrote the poem “In roytn shturem” (In the red storm), which appeared in Baginen (June 1919), which Soviet critics tagged as the first piece in Yiddish literature concerned with the October Revolution. In June 1919, he published his first collection: Trit (Footsteps) (Kiev: Kiever farlag), 127 pp.

In 1921 he left Russia and lived for a short while in Kovno, where he published Der groyser knish (The giant knish), poems for small children (Kultur-lige, 1921), 16 pp. He then moved to Germany, settled into work offloading pelts from the Rio Grande at the port of Hamburg. He later published stories about his life in Hamburg, Riogrande fel (Rio Grande pelt). In Berlin he contributed to the anthology Geyendik (Going) (Moscow, 1923), Milgroym (Pomegranate) in Berlin, Tsukunft (Future) in New York, and Der shtrom (The current) in Moscow. In Berlin he published: Grin groz (Green grass) in 1922 (Yidishe literarishe farlag, 206 pp.), including poems from Trit, Eygns II, and a number of new pieces; 1919 (1919) in 1923 (Yidishe literarishe farlag, 163 pp.), which was concerned with the pogroms in Ukraine; and In vald (In the forest), poems for children, in 1922 (Shveln, 15 pp.). His material circumstances, though, grew difficult, and the Soviet trade mission in Berlin helped him publish two collections: Ukrainishe folks-mayses (Ukrainian folktales) (Berlin: Commissariat for People’s Education, 1922), 88 pp., and Vaysrusishe folks-mayses (Byelorussian folktales) (Berlin: Commissariat for People’s Education, 1923), 98 pp. He soon joined the Communist Party.

In 1925 he returned with his family to Kiev and became a member of the office of the association of Yiddish literature in Ukraine, known as “Oktyabr” (October). In early 1926 he moved to Kharkov with his family and remained there until 1936. Over the years 1926-1929, he was secretary to and a member of the editorial board of Di royte velt (The red world), in which he published poems and stories (such as “Lyam un petrik” [Liam and Patrick]), while at the same time editing the children magazine Zay greyt (Be ready). How popular he was as an author of children’s poetry is demonstrated by the fact that in 1928 alone he published with various presses seventeen booklets for young readers. In 1929 in Kharkov, his collection Gerangl (Struggle), in which he included a cycle entitled “Sharzhn” (Exaggerations) which he had earlier published in Di royte velt and in which he sharply criticized certain literary critics and writers, most prominently Moyshe Litvakov. And so began an entire campaign again him, known to history under the name “Mayse kvitko” (The Kvitko case). In the June 13, 1929[2] issue of Der emes (The truth), Litvakov, the editor-in-chief, published an article entitled “Litkomande un litrekhiles” (Literary orders and literary slander), in which he sharply attacked Kvitko. In his response in the same newspaper (August 2, 1929), Kvitko tried to explain himself: “It’s not allowed to so cripple, to construe my poem and vilify me.” However, the agitation campaign against him had already begun. In September three special meetings of Jewish proletarian writers (in Moscow, Minsk, and Kharkov) were held, in which Kvitko’s poetry was dubbed a “right deviation” fighting against to the Party’s leadership in culture. The upshot was that Kvitko was removed from the editorial board of Di royte velt, and he was compelled to go to work in a tractor factory in Kharkov; in 1931 he published the poetry collection In trakter-tsekh (In the tractor shop) (Kharkov: Literatur un kunst), 104 pp., which likewise found little favor among the “proletarian” critics. It did not, though, destroy him, as there was a sense that his poetry and stories, especially for children, were much beloved by readers, and this fortified his capacity to avoid a break which would surely have come to a less talented writer under Soviet circumstances.

In 1931 he became co-editor of Prolit (Proletarian literature). In 1933 he published in Kharkov the first volume of his collected work, Lider un poemes, 1916-1927 (Poetry, 1916-1927) and in 1934 a volume entitled Rayzes un poemes (Travels and poems). In 1935 he co-edited Kinder shafung (Children’s creations) (Odessa: Kinder farlag), 70 pp. In 1934 he was one of the delegates to the first conference of Soviet writers in Moscow, and over the years 1933-1937 he was a member of the editorial board of the Kiev journal Farmest (Competition). In 1937 his Geklibene verk (Selected works) appeared in print in Kiev. Earlier his children’s poetry was published for mass circulation and translated into a dozen languages throughout the Soviet Union. In 1939 he received the Order of the Red Banner of Labor. With the outbreak of WWII and the German invasion of the Soviet Union, he took an active role in the work of the Jewish Anti-Fascist Committee and of editorial work for Eynikeyt (Unity). He was very helpful to Jewish refugee writers. After the war he served as secretary of the bureau of Moscow Yiddish writers and chairman of the committee of children and young writers. He was a member of the editorial board of the almanac Heymland (Homeland) (Moscow, 1947/1948). In 1947 he published a collection of war-era poems entitled Gezang fun mayn gemit (Song of my spirit) and in 1948 a volume of his selected works. He was arrested on January 15, 1949 and executed on August 12, 1952 on the judgment of the Supreme Soviet Military Court, as part of the “Jewish Anti-Fascist Committee Affair.”

“Kvitko is the poetic manifestation of the common Jewish man,” noted Moyshe Litvakov, “who has begun to rise to the heights of ethnic universalism…. His works are powerful, his images profound and strong, and we often discover in them messages of future poetry from the individualized mass sentiment of contemporary fashion.” “His simultaneously dark and poignant life depictions,” wrote Shmuel Niger, “his wrestling with the nocturnal, chaotic foundation and his surrender to it; his unexpected images and comparisons, his plowing up of the even field of folkish Yiddish, all of this is his…Kvitko’s lyricism—is Yiddish lyricism of an extended hearing, of subtle evidence.” Concerning his first book, Trit, Bal-Makhshoves wrote that it “notes here and there…the most beautiful poetic images in world literature…. According to the phase of his poetic development, Kvitko’s poetry is still young, but the brilliant youth whose poetic source is becoming purer with every passing year will not stop. In the family of poets, he is a brother to Byron [and] Lermontov, although he is through and through Kvitko, a Yiddish poetic phenomenon.” “Something in his first, primitive, natural strength,” noted Yitskhok Yanasovitsh, “remained as well in his subsequent works, although the motifs of his work were enormous compared to youthful blues and fantastic folktales…that characterized his early efforts in Yiddish poetry.” The famous Russian writer Korney Chukovsky writes: “The wondrousness of the surrounding world has turned Kvitko into a children’s writer: In the name of children, with the lips of five, six, seven-year-old children, it was easier to express his own limitless love of life, his deep belief that life was created for endless joy.” 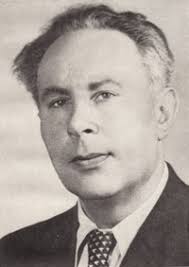