ARYE LEON KUBOVI (ARYEH L. KUBOVY) (November 2, 1896-May 16, 1966)
He was born in Kurshan (Kuršėnai), Lithuania, with the surname Kubovitski.  In his youth he came to Belgium where he received his doctoral degree from the University of Brussels.  He served as Israeli ambassador to Poland, Czechoslovakia, and Argentina, and he was later director of Yad Vashem in Jerusalem.  From 1931 he was editor of Folk un arbet (People and labor) in Brussels, a biweekly newspaper, later a monthly, put out by the Labor Zionists and Zionist Youth in Belgium.  He also wrote articles for Dos naye vort (The new word), Dos vort (The word), and Kiem (Existence) in Paris, and from time for time in the Argentinian Yiddish press.  In book form: Yidishe politik 1934 (Jewish politics 1934) (Brussels: Jewish Socialist Party, 1935), 23 pp.; Vortslen un fliglen, redes un referatn fun a yisroel ambasador 1953-1958 (Roots and wings, speeches and lectures by an ambassador of Israel 1953-1958) (Buenos Aires: Kiem, 1958), 209 pp.  He died in Jerusalem. 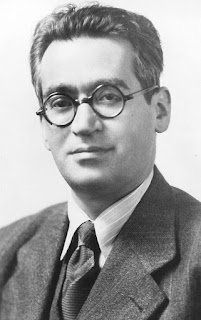