YOYSEF KISMAN (JOSEPH KISSMAN) (July 19, 1889-December 31, 1967)
He was born in the village of Paltinosa (Păltinoasa), Bukovina.  He received a religious education.  He graduated from high school in Seret, and in 1913 he received his law degree from the University of Vienna.  He was a delegate to the Czernowitz Conference in 1908.  He was among the Bundist leaders in Romania and the United States whence he arrived in 1937.  He started writing for Sotsyal-demokrat (Social democrat) in Cracow in 1907; over the years 1910-1912, when the newspaper was transferred to Lemberg, he served as its co-editor.  He published articles on Bundist and general social topics and essays concerned with the history of Jews in Romania in: Forverts (Forward), Tsukunft (Future), and Unzer tsayt (Our time), among others; in his edited Bundist periodicals, Di fraye yugnt (The free youth) in Czernowitz (from late 1912), Der veker (The alarm) in Vienna (1919-1920), and Der yinger kemfer (The young fighter) in Czernowitz (1925); in the co-edited Bundist Party organ Dos naye lebn (The new life)—which, due to police repression, often changed its name: Der shtral (The beam [of light]), Unzer vort (Our word), Folks-tsaytung (People’s newspaper), and Di naye tsaytung (The new newspaper).  He published long historical works in YIVO publications, the American Jewish yearbook, and in Di geshikhte fun bund (The history of the Bund), vol. 3 (New York, 1966).  In book form: Shtudyes tsu der geshikhte fun rumenishe yidn in 19tn un onheyb 20stn yorhundert (Studies in the history of Romanian Jewry in the nineteenth and early twentieth centuries) (New York: YIVO, 1944), 118 pp.  And the pamphlets: Roza luksemburg un karl libknekht (Rosa Luxembourg and Karl Liebknecht), 32 pp.; In der sotsyaler revolutsye (In the social revolution), 32 pp.—both published in Vienna by Veker (1920?).  His pen names included: Y. K-man, Kalmen, Kif, and A Royter.  He also wrote in German, Romanian, and English.  He died in New York. 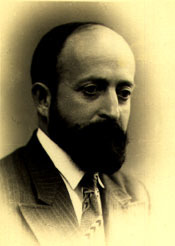