DOVID KOYFMAN (DAVID KAUFMANN) (June 7, 1852-July 6, 1899)
He was born in Koyeteyn (Kojetín), Moravia.  He was a Judaica researcher and the author of dozens of books and hundreds of essays on religious philosophy, Hebrew literature, cultural history, ethnography, and the like.  He wrote in German, Hebrew, English, French, and other languages.  He had a tie to Yiddish studies due to his publication of Zikhronot marat glikl hamil (Memoirs of Mrs. Glikl of Hameln) (Frankfurt-am-Main: Y. Koyfman, 1896), 400 pp. + lxxii pp., with an introduction on this important work of Old Yiddish literature.  Works by him of Yiddish philological interest would include: Mekorot lekorot bene yisroel (Sources for the history of the Jewish people), in Gräber’s Otsar hasifrut (Treasury of literature), vols. 2 and 3 (Cracow: 1887-1890); Pinkas k”k bamberg (Records of the Jewish community of Bamberg) (Berlin, 1896-1897), in which he introduces Old Yiddish texts from the records of Metz, Dusseldorf, Prostějov, and elsewhere; Shod hasevedim bekehilot mehrn beshnat t”g (The pillaging of the Swedes in the communities of Moravia in the year 1642/1643) (Vienna-Berlin, 1896), in which he cites Old Yiddish historical poems.  He died in Carlsbad. 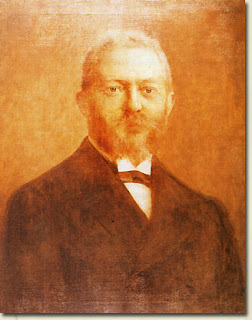