He was a prose writer, a poet, and a playwright, born in Sloveshne (Slovechne), Zhytomyr district, Volhynia. His father (Nokhum), a well-educated man and a follower of the Jewish Enlightenment, a man with a flair for music, a lover of violin playing, a tanner and son of a tanner by trade, had Itsik study in religious elementary school until his bar mitzvah and with private tutors at home. A year after his bar mitzvah, with short breaks, he worked with his father and also in other tanneries in the town and in the nearby environs. In the early 1920s, he was sent by the leather association to Kiev to pursue his studies. There he befriended Dovid Hofshteyn, joined a circle of Yiddish writers, and began publishing. He debuted in print in 1922 in the field of children’s literature in the Kiev monthly journal Freyd (Happiness) and Shtrom (Current) in Moscow. That same year he published his first prose booklet, Mayselekh far kleyne kinder (Stories for small children), and the following year his poetry collection Oksn (Oxen) (Kiev: Vidervuks, 1923), 23 pp.

The simplicity and folkish quality of his style made him one of the finest children’s writers in modern Yiddish literature. He published numerous children’s books, original, adapted, and translated. After the publication of Oksn, he realized that prose was his genre. From the start he brought to Soviet Yiddish literature his own distinctive style, an approach to the life events—with apparent naïveté—with which his characters were endowed. It was done, to be sure, with a sincerity of the highest degree. He made a great impact with his book Khadoshim un teg, a khronik (Months and days, a chronicle) (Kiev: Kultur-lige, 1926), 249 pp. and drew the notice of readers and critics of the highest caliber both in the Soviet Union and abroad. It masterfully describes a Jewish life and in his own innovative manner, lyrically and with a folkish bent, with love for the simple common man. In the words of Zalmen Reyzen: “In the style of the primitive, idyllic, Kipnis describes in his book the Ukrainian Jewish shtetl, the war, the distant revolution, the terrifying pogroms. The tone vacillates between chronicle and lyricism, and it is more a lyrical autobiographical story than a chronicle.” In a foreword to the book, Yitskhok Nusinov took pains to justify Kipnis’s “non-proletarianism,” but he did not succeed in protecting him. Despite the impression made by the artistic vigor of his descriptions, the “proletarian,” leftist-disposed critics attacked him because of the “apolitical and petit bourgeois nature” of his lyricism and his idyllic sorrow. He was frequently criticized because he defended himself against the factional pressure on his writing, and several times he was expelled from the writers’ association. This was the beginning of a critique that hung over his head for many years thereafter. Whenever at public conferences and writers’ meetings, people were compelled to invoke instances of “bourgeois nationalism” or “petit bourgeois-ism,” without fail they brought up his name. He lived with this persecution throughout his life.

With the outbreak of the Soviet-German war, Kipnis left Kiev with the evacuation, returning with the liberation in 1944, and on the third anniversary of the massacre at Babi Yar wrote a moving lament and call to national revival—in Untervegns un andere dertseylungen (Under way and other stories), pp. 347-52. The last time he was expelled from the writers’ association (before his arrest on June 23, 1949) was the complaint linked to his story “On khokhmes, on khezhboynes” (Without giving it a thought). This was a Holocaust-related story of May 19, 1947, in which he wrote: “We wish that all Jews who are now waling about with a hearty, singing gait over the streets of Berlin should carry on their shoulders, side-by-side with their medals and decorations, a small, beautiful star of David as well. He [Hitler] wanted everyone to see that this is a Jew who suffered, was abused, and scorned by him. I feel as though everyone should see that I am a Jew, and my Jewish and human worth is among all freedom-loving citizens with nothing diminished.” (This citation is taken from the version in Dos naye velt [The new world] in Lodz; in Eynikeyt [Unity] in Moscow, they cut out this passage.) And for this he was expelled from the writers’ association. In late 1948 Kipnis was arrested and exiled to a camp in the North. But, happily, Kipnis was not broken physically or spiritually in the camp to which he was sent. After Stalin’s death and his rehabilitation, he was freed in 1956, but for a time he was not allowed to reside in Kiev, and so he lived in Boyarka, near the city. In 1958 he received permission to return to Kiev, where he died.

From 1922 he was contributing to: Shtrom in Moscow; both anthologies of Barg aroyf (Uphill) in Kiev (1922, 1923); Kiev’s Komfon (Communist banner); Di royte velt (The red world) and Shtern (Star) in Kharkov; Ukrayine (Ukraine) (Kiev, 1926); Lenin un di kinder, kinstlerishe zamlung far kinder (Lenin and the children, artistic collection for children) (Kharkov-Kiev: Ukrainian State Publishers for National Minorities, 1934); Almanakh, fun yidishe sovetishe shrayber tsum alfarbandishn shrayber-tsuzamenfor (Almanac, from Soviet Jewish writers to the all-Soviet conference of writers) (Kharkov: Ukrainian State Publishers for National Minorities, 1934), appearing in the journal Farmest (Competition) 5-6; Sovetishe literatur (Soviet literature); and other Soviet publications. His stories were also published in various periodicals outside the USSR, such as: Literarishe bleter (Literary leaves) and Khalyastre (The gang) in Warsaw; Frayhayt (Freedom) and Morgn-frayhayt (Morning freedom) in New York; and elsewhere. His last work, published while he was still living, entitled “Amol iz geven a meylekh” (There was once a king), was published in Yidishe kultur (Jewish culture) (New York) 6, 7 (1973), 2, 4 (1974).

“Just as an aroma,” noted Dovid Bergelson, “reminds you that there is no comparable, similar one that you might have sensed, so the book Khadoshim un teg reminds you in its fundamental tone of a comparably rare and great book. For a moment you will not believe your own eyes—so successful is the internal voice of this book to the voice of a beloved and heartfelt acquaintance. His name is: Motl Peysi the cantor’s son.” “Without a doubt,” wrote Meyer Viner, “Kipnis is…one of the most talented and strongest writers of Soviet Yiddish prose. There are here points and pages of masterful [writing]. In certain artistic details, for example, for intimate lyricism—which for him is bound to a thoroughgoing method of realistic description—and for intensity, immediacy, and originality in painting of mood and genre (people, animals, landscape, items, conditions of nature, and the like)—he has assumed an independent place in Soviet Yiddish literature.” “If in Khadoshim un teg one can with more or less justification (more less than more) speak of an influence from Sholem-Aleichem on Kipnis,” noted Shloyme Bikl, “then in Untervegns (Under way) this is vivid and clear, as Dovid Bergelson, the author of Nokh alemen (When all is said and done) [Vilna, 1913] and Opgang (Sewage) [Kiev, 1920], has not had such a writerly close and devoted a pupil as Itsik Kipnis…. It is entirely possible that Bergelson’s healthy critical sensibility aroused in Kipnis’s manner of writing at the time the Bergelson scent, and Kipnis thus became fond of him, and he was extravagant with praise.” Kipnis often wrote and demonstratively in the years following his release from the Gulag and detention as Yitskhok. 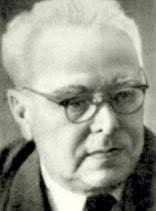