AVROM KARPINOVITSH (ABRAHAM KARPINOWITZ) (May 29, 1913-2004)
The author of stories, he was born in Vilna [then Poland, now Lithuania], the son of Moyshe Kapinovitsh.  He studied at the Jewish senior high school in Vilna.  He spent WWII in the Soviet Union, and in 1944 he returned to Vilna; in 1949—after two years of internment in camps in Cyprus—he arrived in Israel, where from 1952 he was manager of the Israeli Philharmonic Orchestra.  In 1947 he began publishing stories in Nayvelt (New world) in Tel Aviv.  He contributed to: Letste nayes (Latest news), Dos vort (The word), Di goldene keyt (The golden chain), and Bay zikh (On one’s own), among others.  His work also appeared in: Arie Shomri’s Vortslen (Roots) (Tel Aviv, 1966) and Mordekhai Ḥalamish’s Mikan umikarov, antologya shel sipure yidish beerets yisrael (From near and from far away, anthology of stories in Yiddish in Israel) (Merḥavya, 1966); and he co-edited the second Almanakh fun di yidishe shrayber in yisroel (Almanac of Yiddish writers in Israel) (Tel Aviv, 1967).  With his brother Dovid, he translated into Yiddish: Sefer hagevura (The book of heroism) (Tel Aviv, 1967/1968), pp. 245-474.  His other work includes: Der vegn keyn sdom (The road to Sodom), Israeli stories (Tel Aviv: Y. L. Perets, 1959), 180 pp.; Baym vilner durkhhoyf (At a Vilna passageway) (Tel Aviv: Y. L. Perets, 1967), 187 pp.; A tog fun milkhome (A day of war), stories of the Six-Day War (Tel Aviv: Y. L. Perets, 1973), 150 pp.; and in Hebrew: Bronislav huberman (Bronislav Huberman) (Tel Aviv, 1973), 70 pp., also in Spanish as Bronislaw Huberman; genial violinista, fundador de la orquesta filarmónica Israelí (Bronislaw Huberman, great violinist, founder of the Israeli Philharmonic Orchestra) (Buenos Aires, 1972), 40 pp.; Af vilner gasn (On the streets of Vilna) (Tel Aviv: Goldene keyt, 1981), 158 pp.; Tsu fus keyn erets-yisroel, dertseylungen (By foot to the land of Israel, stories) (Tel Aviv: Perets Publ., 1985), 192 pp.  He also wrote the play Itsik vintberg (Itsik Vintberg) which was staged in Argentina in 1958.  On many occasions his stories received awards, among them: from Di goldene keyt (1969) and the Tel Aviv City Council’s Mendel Moykher-Sforim Prize (1976).  “Thoroughly new and original,” wrote Y. Yanasovitsh, “is Avrom Karpinovitsh in his fashioning of this-worldly Vilna….  The Vilna of the underworld and demimonde appears, it seems, for the first time in these stories [of his] ….  He also expresses the specificity of the local color of Vilna’s language.”  In the words of Shloyme Bikl: “The basic artistic motif [of his Vilna stories] is that, in the everyday world of Vilna as well, the fires of the morally exalted Jerusalem of Lithuania burn.”  “All characters [in his Vilna stories],” noted M. Tsanin, “are robust in their own primitiveness, but naïve refinement, each with his own language, with eloquent curses, and with the even more eloquent helplessness of the people in their poverty and loneliness.” 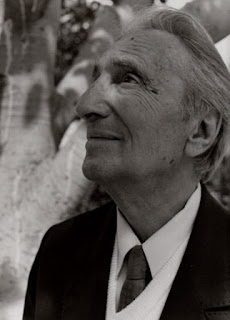