TUVYE MAYZEL (November 6, 1897-June 15, 1985)
He was born in Ekaterinoslav, Ukraine, into a wealthy family.  He graduated from a Russian high school and studied pedagogy at Kharkov University.  He later worked as a teacher in a secular and Jewish school in Ekaterinoslav.  In 1923 he left Russia, lived for a time in Vilna, and then in 1926 moved to Mexico, where he took up business.  He traveled around the country and from 1936 had settled down in Mexico City.  From 1937 he was active in the Bund and from 1955 was a member of the World Coordinating Committee of the party.  He was initially chairman of the Society for Culture and Aid, secretary of the Yiddish Central Committee, chair of the council of the Jewish school, a councilor on the Ashkenazi council and its cultural director, and also director of the Yiddish-Hebrew Teachers’ Seminary—all in Mexico City.  He published articles on various topics in: Di tsayt (The times), Der veg (The way), Di shtime (The voice), and Yoyvl bukh fun der yidisher shul (Jubilee volume of the Jewish school) (1944); and he served as a member of the editorial board of the monthly Foroys (Onward) in Mexico City.  He contributed as well to: Yivo-bleter (Pages from YIVO) and Unzer tsayt (Our time) in New York; and Lebens-fragn (Life issues) in Tel Aviv; among other serials.  In Algemeyne entsiklopedye (General encyclopedia), “Yidn h” (Jews H), pp. 405-20, he published the essay “Yidn in meksike” (Jews in Mexico).  On his sixtieth birthday, a special issue of Foroys was published in Mexico City (November-December 1957), with articles about him by Yankev Pat, Sh. Yezhor, E. Sherer, Kh. Sh. Kazdan, A. Golomb, Lermer, Y. Rotenberg, and M. Mandelman, among others.  He died in Mexico City. 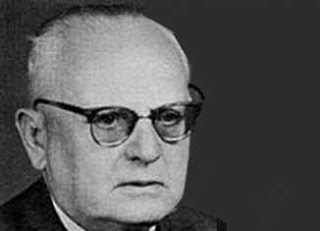