HERSH MINTS (HIRSCH MUNZ) (April 21, 1905-1979)
He was born in Krinki (Krynki), Grodno region, Russian Poland.  He studied in a Polish Hebrew high school in Krynki, and later (1927) graduated from the Polish state teachers’ seminary in Lemberg.  From 1928 he was living in Australia, where he continued his education at the Universities of Adelaide and Sydney.  In Sydney he later became a lecturer on European literature.  Over the years 1941-1945, he took part in the war as an officer in the Australian navy, later settling in Melbourne where he served on the presidium of the Jewish Historical Society, of YIVO, of the Histadruth campaign, and other groups.  He was a contributor to Oystralishe yidishe nayes (Australian Jewish news) in Melbourne and to the Anglo-Yiddish and English-language press in the country, where he regularly published works on Yiddish literature, theater, and culture.  In Oystralisher yidisher almanakh (Australian Jewish almanac), vols. 1 and 2 (Melbourne, 1937 and 1942), he published writings on the history of Jews in Australia: vol. 1, pp. 17-56, “Geshikhte fun yidn in adeleid” (History of Jews in Adelaide); vol. 2, pp. 65-112, “Tsvey yidishe kehiles” (Two Jewish communities), on the history of Jews in South Australia and Victoria.  He authored books in both English and Yiddish, among them: Jews in South Australia, 1836-1936: An Historical Outline (Adelaide, 1936), 84 pp.; Yankev safir un zayne nesyes, a bazukh in oystralye in 1861 (Jacob Safir and his voyages, a trip to Australia in 1861) (Melbourne: YIVO Committee in Melbourne, 1950), 39 pp. 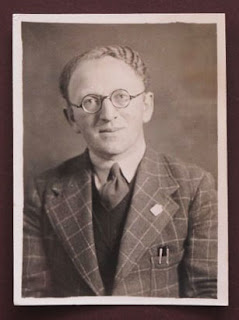